Concept, Essence and Role of Prices în The Economy

1.1. An approach to the concept of price in economic theory.

1.4. Types of prices and classification of there.

1.1. The prices denote a multidimensional concept, which in its economic and psychological basis appears as a macroeconomic and a microeconomic instrument that a company may use as the basic element in making its strategic and tactical decisions. In activity of any company that produces goods and services, the price has a special role of paramount importance for achievement of the final goal – maximization of profits.

As an instrument of the market and as an essential indicator of economic and social reality the price represents an amount of money that the buyer is willing and can give manufacturers in exchange for offered goods.

In modern economy the price can have different forms:

- tariff – in case of services;

- duty – in case of payments to the budget or other state institutions;

- tax – price for the right to make money;

Prices, as “creations” of goods exchange, have become a primary economic category from the perspective of complexity and interdependence with other categories and economic processes, with global dynamics of economic and social development of a country. Prices can be seen everywhere, anywhere and anytime, more frequently than any other economic terms. Any person or an economic entity on a daily basis has to pay or receive numerous prices.

In the economy presence of price of obvious, because the category of price comprises all issues of economic development: production, goods, labor, information, capital, investments, transportation, services, land use, etc. These relations refer to analysis of the nature of the price, which is a frequent form of scientific research.

The basis of price definition is the concept of value, which had been broached in various visions of certain schools of economic thinking, which we can separate by three main directions (theories):

According to the first theory, value of a product is determined by the utility that consumers give to products they need, and the value of utility also depends on scarcity of the respective product. In other words, as Stanley Jevons has stated, goods have value not because they cost money, but because people attribute value to them because they need those products. Utility appears in the relation between goods and human needs. Economic goods do not have the amount degree of utility, and as such their value is determined not only by intensity of people’s needs but also of scarcity of products. The value represents two elements: subjective element - wants, and objective element - scarcity. The measure of price is the final degree of satisfaction of wants, which is reflected in marginal utility, which gives it such value. A particular mechanism of value formation is based on laws of supply and demand: demand depends on utility, and supply depends on scarcity (which determines the expense needed in order to obtain it).

According to objective theory, value of a product is based on its scarcity, as well as labor costs carried out for making of such product. The relationship between labor, value and price has been shown by Adam Smith in “The Wealth of Nations”. He has pointed out that the price is based on labor efforts made in order to create a product.

The objective theory also had been adopted by English classics W.Petty and D.Ricardo. D.Ricardo distinguishes between the value of use and value of exchange. The first value cannot create the other value, once most useful things (air, water) of their exchange value, and products with high exchange value (gold, diamonds) become less useful. Utility is a prerequisite of value, but a measure thereof. D.Ricardo defines the monetary expression of price, where prices mean the amount of money for which a product can be changed.

K. Marx had assumed the theory of value from British classics, gave absolute significance to the role of value, in particular physical labor in creation of value. He denies the role of utility of products as a factor that determines value, utility being considered its premise. Labor represents the only real measure for appreciation and comparison of value of all products, and it constitutes the real price of products, while the amount of money defines its nominal price. 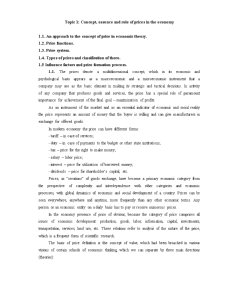 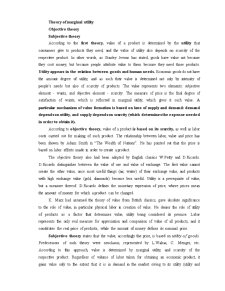 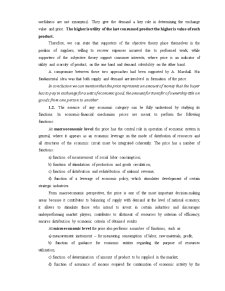 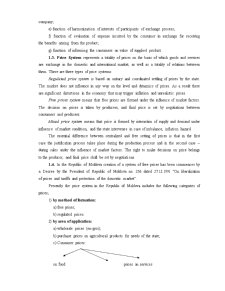 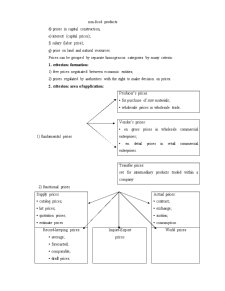 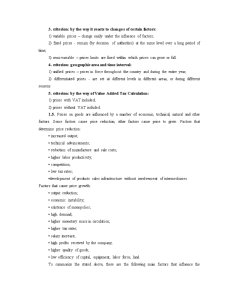 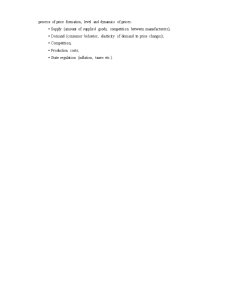