I. On the social assistance system in Romania

1. Institutional and legislative framework of the social assistance in Romania

Social assistance developed rapidly after 1990, when communism fell; it was rather fragmented, consisting mainly around crisis situations.

The attempt of the quick decentralization that took place mainly after 1997 led to organizational incoherence, high social costs and decreased the capacity for supervision and control, while, on the same areas at the same time, various coordinating institutions were operating in many institutions that were in charge of children and families in need, older people and people with disabilities.

The social assistance system is characterized by maintaining the structural orientation, without a coherent and unitary strategy which may lead to an overall decrease in efficiency.

These considered, it was necessary to create a legislative framework that would allow the implementation of a coherent national system of Social assistance and that would lead to the reduction and even elimination of poverty through a more efficient system of benefits and social services de provided for the most disadvantaged categories of population, as well as the strengthening of institutional accountability in delivering it.

To achieve this objective, in 2001 was adopted a package of laws that have shaped the legal framework in order to reform and develop the national system of Social assistance.

The main directions of this new system are:

1. a new approach of the institutional building;

2. decentralization of the social assistance at local authority level;

3. organization of public services of the Social assistance on the following fundamental principles:

- the focus on family and community;

- diversification of the activities in accordance with the increasing resources.

On the basis of the Law nr. 705/2001, two legal instruments have been elaborated and adopted; they refer in particular at the beginning of the institutional building of the new system of Social assistance in Romania.

Thus, by the Government Decision nr.773/2002, the organization and functioning of Inter-Ministerial Commission on Social assistance was regulated; it aims to elaborate the unitary policy, to coordinate the activities at a national level and to approve the sectorial policies and measures from the social assistance field.

The regulation-framework of organization and functioning of the public service of the Social assistance was approved by the Government Decision nr. 90/2003.

The public service of the Social assistance that is organized at county level aims to implementing of the policies and strategies of Social assistance and fulfills mainly the functions of strategy, coordination, management, collaboration and representation.

The public service of Social assistance that is organized under the control of the local councils has the executive role of identifying and solving of the social problems of the community, through the providing of benefits and social services.

2. Benefits and social services provided in the system of Social assistance

- State allowance of all children aged up to 16 years or 18 years if they are included in one of the forms of education provided by the law, as well as for young people aged over 18 years, until the completion of the courses of the high school secondary education or vocational training, organized according to law;

- Supplementary allowance for families with children. Studies and tests carried out showed that a group with high social risk is the family with children and especially the family having in care two, three or more children;

- Monthly maintenance allowance for each child that is entrusted or given in placement;

- Allowance for newborn children – is given to mothers only once, for the first four children living infants;

- Monthly income support for wives of those who are during their obligatory required military service;

- Provision of school supplies to the pupils enrolled in state primary and secondary education, at day courses and who belong to families whose net monthly income per family member is less than 50% of the gross minimum wage for country.

As an openness to civil society which is represented by NGOs, in 1998 entered into force Law nr.34/1998 on granting subsidies to the units of Social assistance, established and managed by associations and foundations with Romanian juridical support/legal personality.

By applying this legislation it was aimed to provide financial support to the NGOs in order to improve the quality of the services of Social assistance, as well as to promote partnership between public administration and civil society.

Meals in social aid canteens are offered according to the Law nr. 208/1997, to the families with dependant children, to children, or to any other person in need, for free or paying a contribution according on their income. For those who can not travel, social aid canteens can organize the distribution of food at home or providing food product to the purchase price. 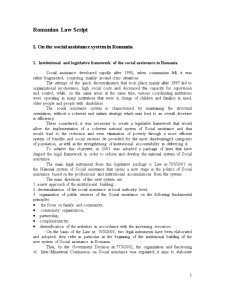 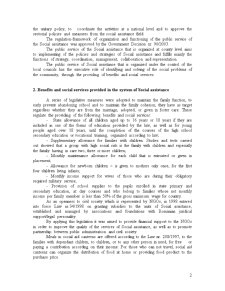 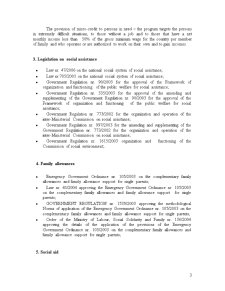 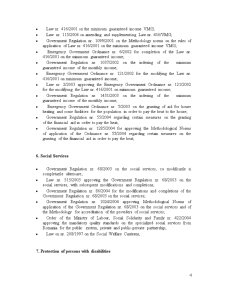 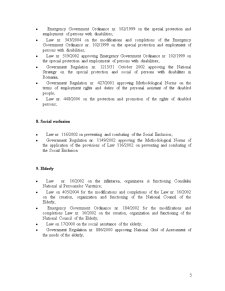 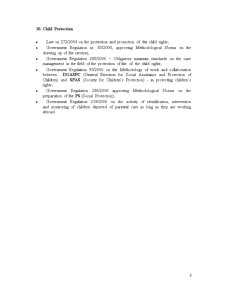 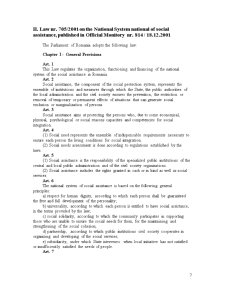 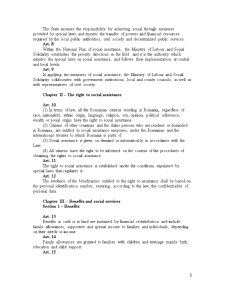 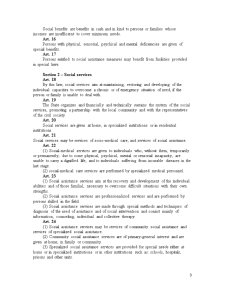 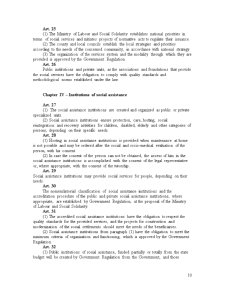 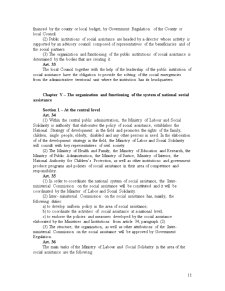 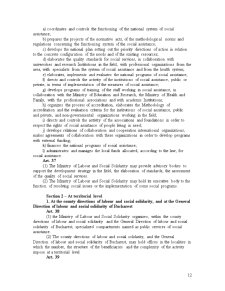 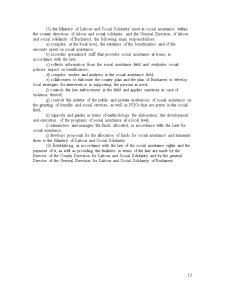 Part 1: Penal law as a legal borderline A look at the Criminal law Law is the "ethical minimum" said the German legal philosopher Jellinek. And...