Duncan Ritchie, a barrister, is talking to a visiting group of young European lawyers.

“Both criminal and civil courts in England and Wales primarily hear evidence and aim to determine what exactly happened in a case. Broadly speaking, the lower courts decide matters of fact and the upper courts normally deal with points of law. In England, simple civil actions, for example family matters such as undefended divorce, are normally heard in either the Magistrates’ Courts or the County Courts.

Judges have different titles depending on their experience, training, and level. A single stipendiary magistrate or three lay magistrates sit in the Magistrates’ Court. There’s no jury in a Magistrates’ Court. Family cases may go on appeal from the Magistrates’ Court to the County Courts. The County Court also hears complex first instance civil cases, such as contract disputes, compensation claims, consumer complaints about faulty goods or services, and bankruptcy cases. Claimants, previously referred to as plaintiffs, may seek a legal remedy for some harm or injury they have suffered. There are circuit judges and recorders who sit in the County Courts, usually without a jury. Juries are now rare in civil actions, so normally the judge considers both law and fact.

More complex civil cases, such as the administration of estates and actions for the recovery of land, are heard in the High Court of Justice, which is divided into three divisions: Family, Chancery and Queen’s Bench. The court has both original, that is, first instance, and appellate jurisdiction. From the High Court cases may go on appeal to the civil division of the Court of Appeal, which can reverse or uphold a decision of the lower courts. Its decisions bind all the lower civil courts. Civil cases may leapfrog from the High Court to the House of Lords, bypassing the Court of Appeal, when points of law of general public importance are involved. Appellants must, however, apply for leave to appeal. Decisions of the House of Lords are binding on all other courts but not necessarily on itself. The court of the House of Lords consists of twelve life peers appointed from judges and barristers. The quorum, or minimum number, of law lords for an appeal hearing is normally three, but generally there is a sitting of five judges”.

“About 95% of all criminal cases in England and Wales are tried in the Magistrates’ Courts, which deal with petty crimes, that is, less serious ones. In certain circumstances, the court may commit an accused person to the Crown Court for more severe punishment, either by way of a fine or imprisonment. Except in cases of homicide, children under 14 and young people – that is, minors between 14 and 17 years of age – must always be tried summarily, meaning without a jury, by a Youth Court. A Youth Court is a branch of the Magistrates’ Court. Indictable offences, that is, more serious ones such as theft, assault, drug dealing, and murder, are reserved for trial in the Crown Court. In almost all criminal cases, the State, in the name of the Crown, prosecutes a person alleged to have committed a crime. In England and Wales, a jury of twelve people decides whether the defendant is guilty of the crime she or he is charged with. The Crown Court my hear cases in circuit areas. From the Crown Court, appeal against conviction or sentence lies to the Criminal Division of the Court of Appeal. If leave to appeal is granted by that court, cases may go on appeal to the House of Lords”.

I me my mine

you you your yours

he him his his

she her her hers

it it its its

we us our ours

you you your yours

they them their theirs

myself Ex. He carries the buckets himself.

each other Ex. They help each other. 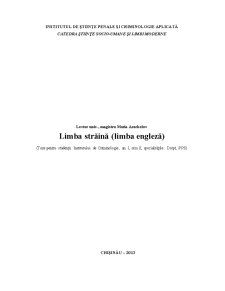 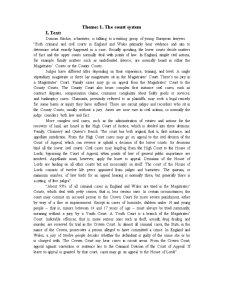 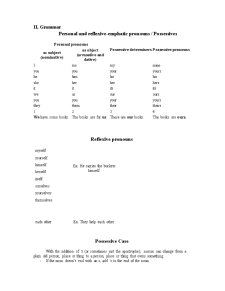 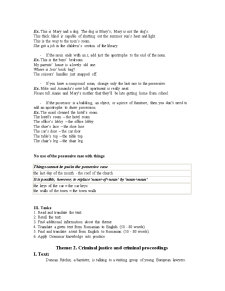 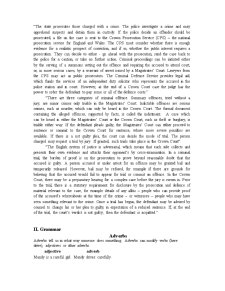 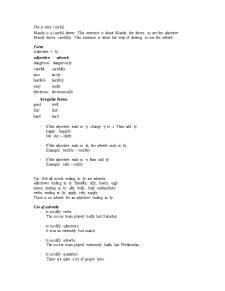 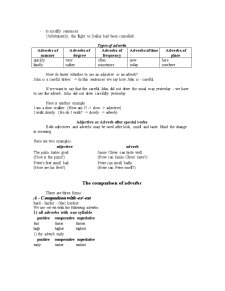 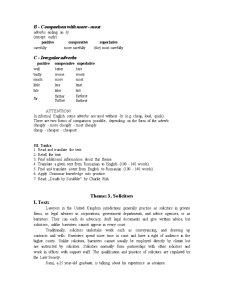 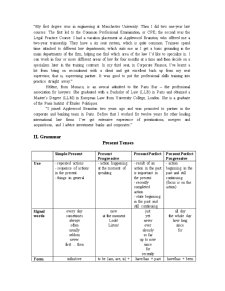 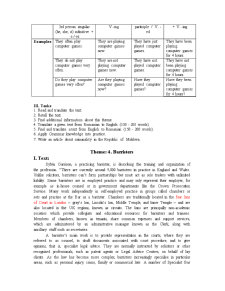 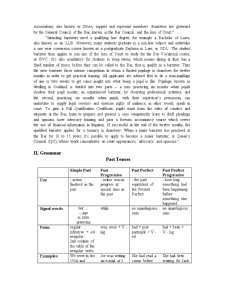 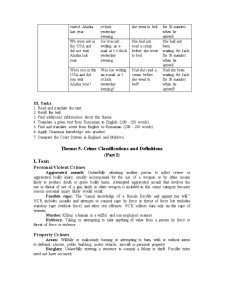 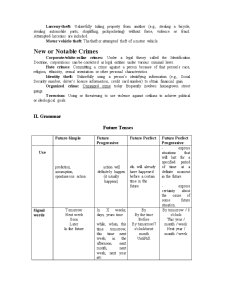 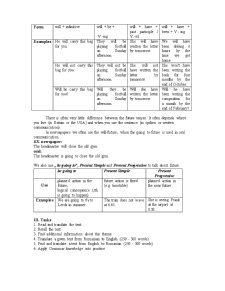 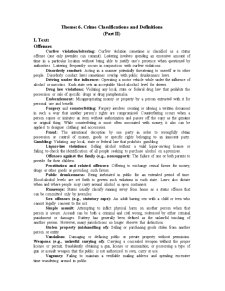 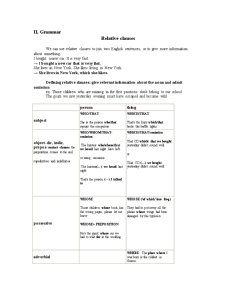 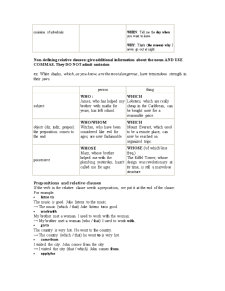 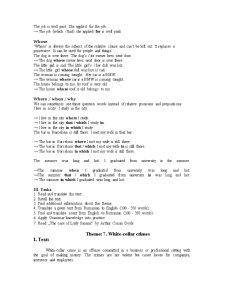 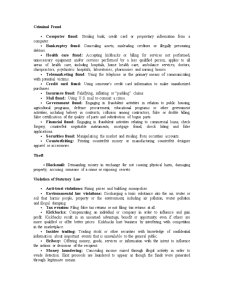 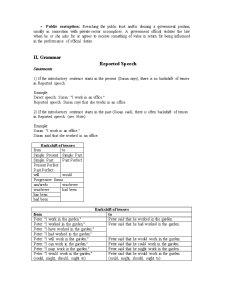 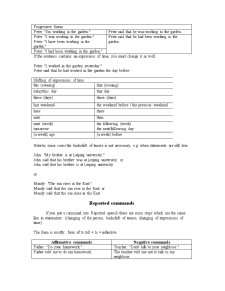 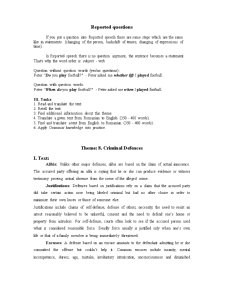 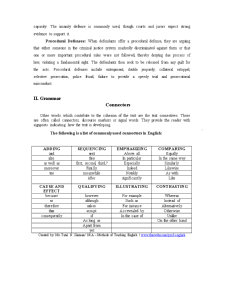 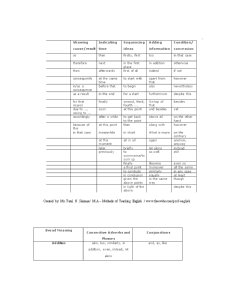 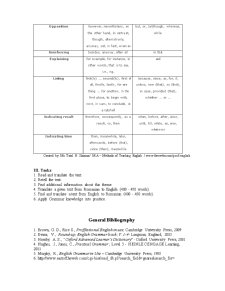 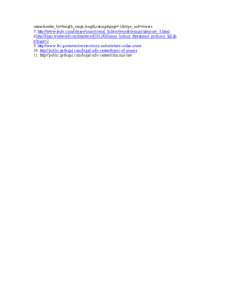