1. The monetary base can not reasonably be controlled in the short run. By definition (see chapter 1) an operational target variable should be a variable that can be controlled in the very short run by the central bank and for which a concrete figure is set by the decision-making committee for the inter-meeting period to (a) tell the central bank's implementation experts what to do, and (b) indicate the stance of monetary policy to the public. However, this obviously does not make sense for the monetary base. Its normally biggest component, banknotes in circulation, is in the short term purely demand-driven with innovations to demand.

2. The monetary base should not be controlled in the short run. First, the monetary base is a heterogeneous product since it is composed of banknotes and reserves (which are themselves subdivided into required and excess reserves). Why should changes in these three completely different components be equivalent? Second, there are doubts about the predictability and stability of the money multiplier, especially in the event that one wishes to base policy actions on it. In particular, the multiplier is unlikely to remain stable when interest rates move towards zero, since banks then no longer care about holding excess reserves. To that extent, when monetary growth is deemed insufficient and excess reserves are injected to make the banks expand credit, the result will be first that, in an efficient market, short-term inter-bank interest rates drop to zero (if there is no deposit facility).The fact that interest rates have dropped to zero is, of course, relevant and, if judged to be permanent for a longer period of time, medium-and longer-term rates also will drop and economic decisions will be affected. However, once inter-banks rates have fallen to zero and the central bank continues to increase excess reserves through open market operations at zero interest rates, not much more should happen: that is, the money multiplier should fall with every further reserves injection. It is to that extent difficult to really construct a story where an injection of reserves by the central bank through open market operations sets in motion monetary expansion independently from the interest rate channel. Third, any attempt to control in the short run the monetary base leads to extreme volatility of interest rates since the market will, due to stochastic and seasonal fluctuations in the demand for base money, permanently either be short or long of reserves, as already observed by Bagehot (1873). One of the core ideas of central banking is to provide an "elastic currency", that is, one in which the important transitory fluctuations in base money demand no longer need to disturb economic conditions via interest rate effects. What matters for the key economic decisions, namely, to save or consume, to borrow or invest, is interest rates mainly of medium and longer maturity. With extreme volatility of short-term rates, the volatility of longer-term rates will also increase. Such volatility will create noise in economic decisions, and hence lead the economy away from equilibrium. 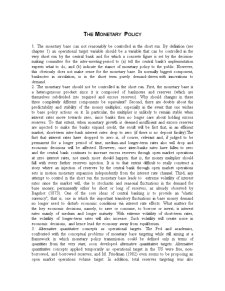 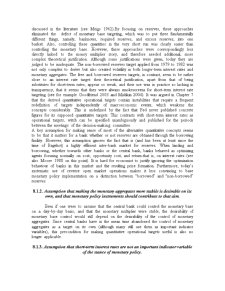 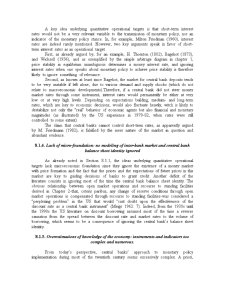 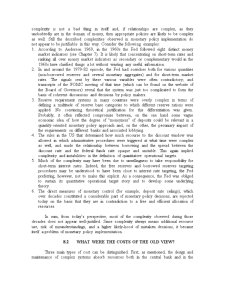 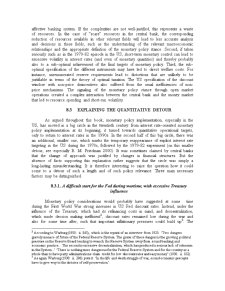 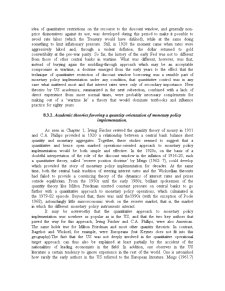 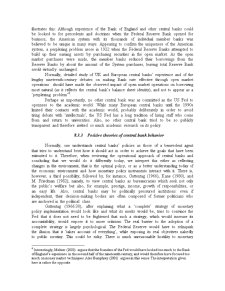 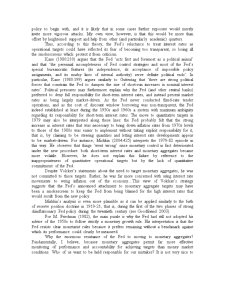 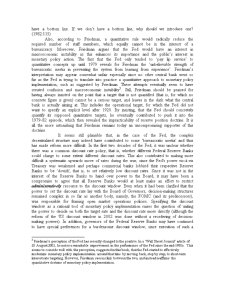 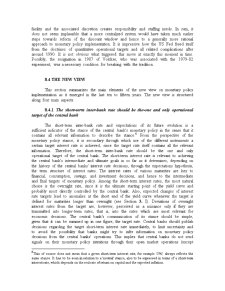 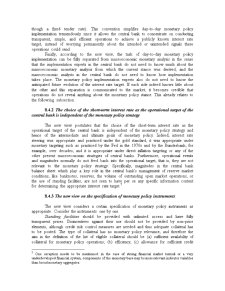 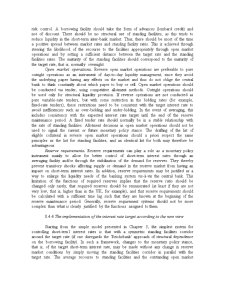 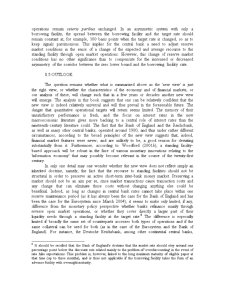 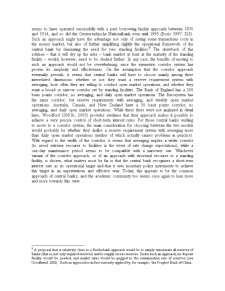 Introduction In this annual paper we will analyze and try to explain what monetary policy is, how does it work and how does it influence the...

DIRECT INFLATION TARGETING A New Monetary Policy Strategy For Romania Inflation is defined as a sustained increase in the general level of...

1. Money “There is no denying that views on money are as different to describe as shifting clouds” (Schumpeter). Money appeared long ago, and...

INTODUCTION: Monetary policy is the government or central bank process of managing money supply to achieve specific goalssuch as constraining...