The world economy has shown that an important issue of international economic development is the growing of states’ interdependence that leads to an integrated economy along with the technical-scientific progress. In these circumstances, the main tool of the World Labor Division are the Transnational Corporations, which perform entrepreneurial activities in their own countries, as well as abroad.

The typology used for TNCs is varied: they may be called International Firms, Multinational Companies, Multinational or Transnational Corporations. Nevertheless, the main term that characterizes them is the “transnational” word, which means the cross border activity. There are many definitions for the TNC; the Italian N.Rainelli defines it as “an enterprise which controls the activities of other enterprises settled abroad”. Other scientists provide other defining criteria such as: the number of affiliates abroad should not be less than 6, and the turnover should be of $ 100 mln.(according to Vernon). According to other opinions, for a firm to be multinational is sufficient to have at least an enterprise activating abroad. The Dictionary of International Trade defines the TNC as “a commercial firm (main firm,” parent company”) that operates abroad through its affiliates (daughter-firms) in order to exploit the vertical and horizontal advantages of host countries at scale economy”.

Main indicators that show the transnationality degree of TNC are:

- the number of countries where the TNCs perform their activities;

- the volume of sales abroad and their share in the sales revenue;

- the export volume, and their share in the world export;

- the assets abroad and their share in the total number of companies.

- the profit share of their affiliates with regard to the profit obtained by TNCs;

- the share of the invested capital with regard to the total capital used by the TNCs.

The largest Multinational Firms do not necessarily have the highest transnationality level.

Taking into consideration all definitions cited above, I could make up a final definition of a Transnational Corporation, that is a firm, enterprise, or company (usually called “mother-firm”), which develops, implements, and performs its activities in more than one economy, it coordinates and controls the activities of its “daughter-firms”, organizes and distributes the global operations among several countries on the basis of one single strategy.

1.3. The motivations and strategies of TNCs’ expansion. Mergers and Acquisitions.

The Transnational Firms engaged in international production need adequate expansion strategies and organizational structures in order to comply with this form of economic activity. One of the tendencies of TNCs is to adopt strategies and structures that would involve a better integration of their functional activities.

- Strategies based on relative autonomous affiliates. Generally, they involve created affiliates, which are relatively independent, responsible for creating the value added in the host country; they can also get into business with local suppliers, grant them loans, or even engage themselves in international trade with other countries. Basically, the relationship between the „parent-firm” and the “daughter-firm” is the control from the part of the TNC, as well as the technology transfer and the long-term capital supply. Examples of companies that develop such strategies are: “Coca-Cola”, “Pepsi-Cola”, “Philip Morris”, “Procter & Gamble”, etc. They all promote strategies of intensifying their presence in certain zones through their functional autonomy affiliates.

- Strategies of simple integration of production. They represent the transfer of certain activities abroad in order to create the value added in the countries, other than the one of the mother- firm. The main motivation of this type of integration is to use and exploit the location advantages of a host country for creating the value added of the TNC. This way, the Corporation focuses on certain segments of its activities channel, meanwhile controlling the creation of the value added by its affiliates, or subcontracting firms. This is a higher level of dependence between daughter firms and parent companies. The activities performed by affiliates in the host countries are few and are strongly linked to the activities of the parent company, only that they have lower resources costs.

- Strategies of complex integration. Implies a more independent activity of affiliates, their personal contribution is judged to their contribution as a whole to the set of value added production of the firm. Many activities like Research & Development, Accounting, and Human Resources Management are being internationalized; while they could have been located to the level of every affiliate, which shows high performance. There are many examples of such strategies: the accounting operations of Swissair Company are totally under the control of its affiliate in Bombay, “General Electric” coordinates its juridical problems through its office in London, and “Johnson & Johnson” delegated the pharmaceutical products activity to its affiliate in Belgium. 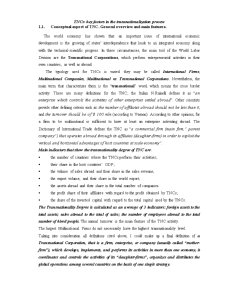 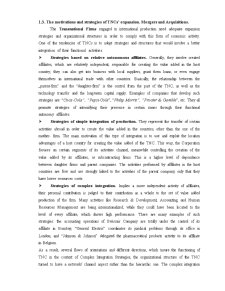 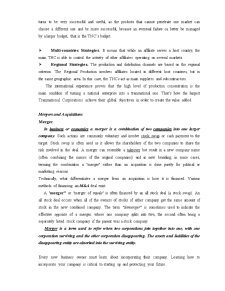 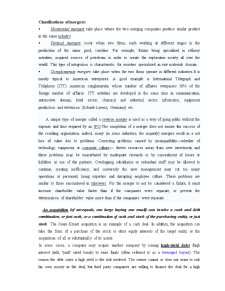 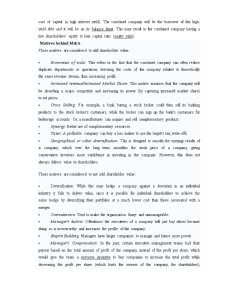 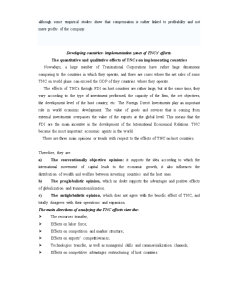 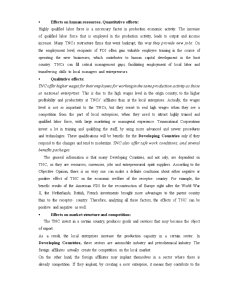 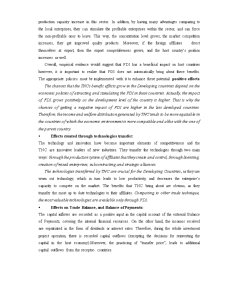 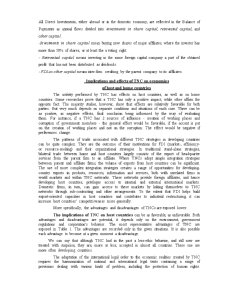 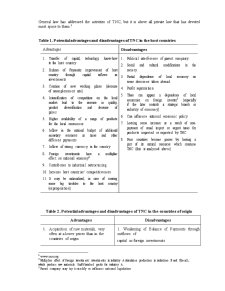 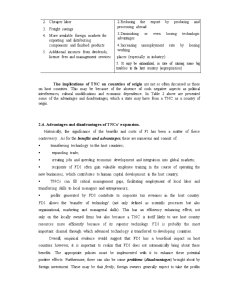 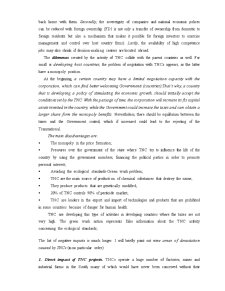 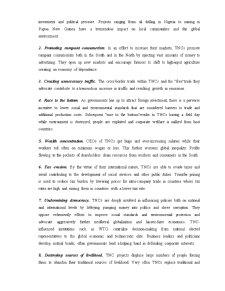 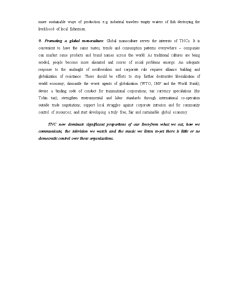 ECONOMIC SYSTEMS The people and the institutions that combine together to covert resources into finished products collectively form the economic...