The creation of E.U:

After the 2nd WW there had been in Europe different proposals concerning the unification of European member states. The 1st intention was to create a federal entity in Europe as USA, but this proposal was not accepted mainly because the federal entity was a way of political integration. As a consequence, the inspiration for the creation of 3 International Organizations known as the European Communities came from the plan made in 1950 by Robert Schuman, the French minister & Joan Monnet who was responsible for supervising the economic recovery of France after the war.

Therefor on 9th May 1950 Robert Schuman made a declaration in which he put forward the plan he had prepared with Jean Monnet in order to unify the European industries of coal & steel. This proposal evolved ot of the need to reconstruct Europe after the world war. On the basis of the Schuman Plan the 6 founder states (Belgium, France, Germany, Italy, Luxembourg, Netherlands) had concluded the Founding Treaty of the European Coal & Steel Community (ECSC).

The treaty was concluded in Paris on 18th of April 1951 and it had entered into force on 23rd on July 1952. The treaty of Paris was concluded for a duration of 50 years and its duration has expired in 2002.

The main objective of ECSC was to create a common market in the production of Coal & Steel. The treaty of Paris had created 4 institutions of the ECSC as follows:

-Responsible with the political control over the High Authorities

3.The Special Council of Ministers

-Representatives of their states

4.The court of justice

-Ensure the application of European Law

Afterwards, in the new state of the economy with the new development of production and exchanges the 6 founding states of ECSC had continued the negotiation 1955 & 1956 in 2 groups concerning the common market in general and the market of atomic energy. As a consequence, the 6 member states had signed 2 treaties in Rome on 25th March 1957 creating the European Economic Community and European Atomic Energy Community. These 2 communities had begun their work when the treaties entered into force meaning 1st January 1958.

The EEC had provided the creation of a common market which had to cover all the territories of the member states and to have the same features as a national market. This objective required the creation of a Custom Union meaning free internal circulation of merchandises and external protection through a common custom tariff. This objective also required the free circulation of persons, companies, services and capitals and the protection of free competition. The EEC was concerned with general economic integration achieved by combining the different interests of the member states into a common market where goods, persons, services & capitals could circulate free.

On the other hand, the EAEC was based on the idea of accelerated development of atomic energy. As the ECSC treaty it covered a limited sector of economy namely the atomic energy industry. The 2 treaties of Rome had also created community institution for each community.

However, within the 2 treaties signed in Rome, the decision making institution become the Council composed by representatives of the member states. Each European community had its own institution except for the Parliament & Court of Justice. Actually a convention signed in 1957 adds an act to the treaty of Rome. Which had provided that the 3 communities had 2 common institutions (P& C.J)

As for the other 2 institutions each European community had its own Council & Commission. 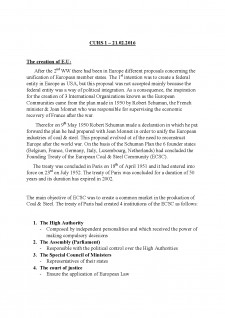 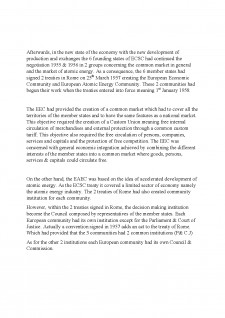 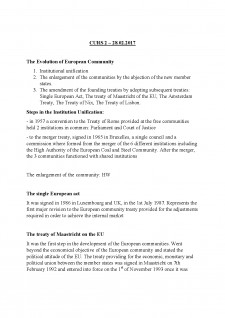 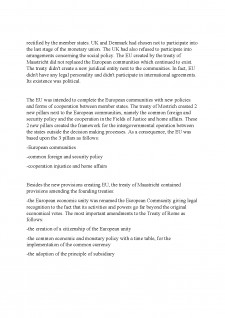 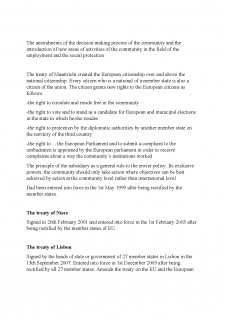 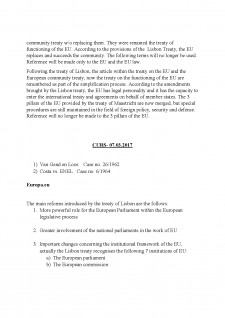 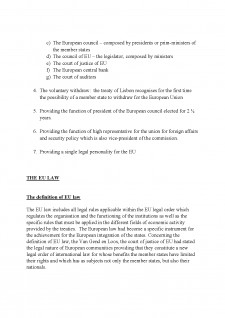 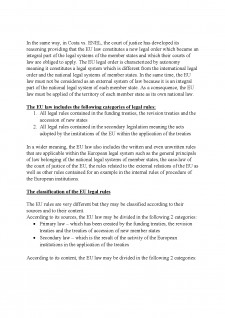 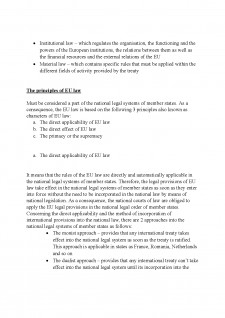 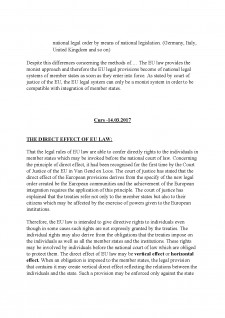 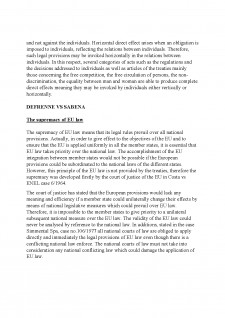 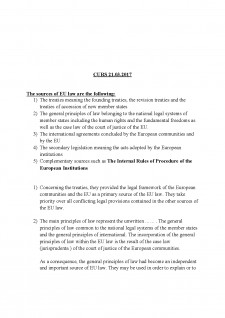 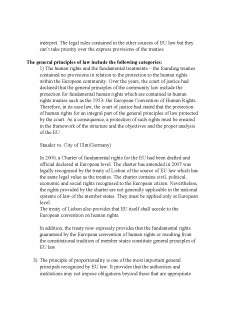 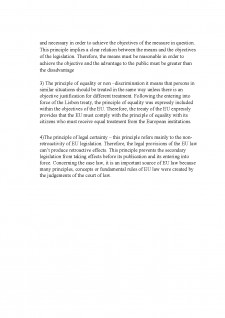 The great political principles which govern the contemporary American society, undoubtedly have the state as the basis of their origin and source...

Horace was very proud of his cousin, Mike Aspen, Hollywood’s brightest young star. Whenever his cousin appeared on the screen, Horace would say,...

Henry James is the most prominent American novelist who practices the international novels which deals with America and Europe. Among the subjects...