Style is a matter of expression defined by the Webster’s as “a mode of expressing thought in language; esp.: one characteristic of an individual period, school, or nation”.

In its most wide acceptation, stylistics is the study of language in action, the investigation of the way in which the speakers make use of their idiom on one occasion or another. From this point of view, distinction must be made among: standard English; vernacular; colloquial English; slang; cant, jargon and argot; dialect.

There are many factors which can make language vary, such as:

6. level of knowledge, whether spoken as a native tongue or a second language;

The perspective of English becoming a lingua franca, as a result of globalization, getting closer and closer in time and space to everyone of us, will probably complicate things even more, giving birth to even more variants of this language, as influenced by several unexpected factors. This is the reason why nobody will ever be able to claim to be a “thorough expert” in this language. As a matter-of-fact, this is a perfect example to demonstrate that a language is a dynamic system, forever changing, improving, becoming.

Before defining a few core concepts to classify language, a few remarks must be made on the key terms used to proceed to linguistic analysis. According to them, we can appreciate change and variety in language.

Standard English (SE) is the form of English accepted as a norm. All the other forms of English are compared to it. Standard English exists in a variety of forms itself: written or spoken, formal or informal, personal or impersonal. What makes it unitary is the ability of being understood by everybody, no matter if speakers sometimes meddles it with regional forms. SE is what we hear on the radio and television, what is used in business letters or printed texts, such as essays. It is widely known as BBC English or The Queen’s English.

Being associated with education, law, government, the Church or the financial field, it has prestige and it is the form taught as a second language in schools. The varieties which do not have the same grammar rules or basic vocabulary are considered to be non-standard, being different, rather than wrong.

The standard form of pronunciation is given by Received Pronunciation (RP). RP reveals the speaker’s social or cultural background, rather than the region from which he/she comes. There are very few British speakers (only about 2 – 3%) who use RP in its pure form, in spite of the fact that it is associated with respectability, good education, and high social status. What is nowadays more common is what we call Modified Received Pronunciation (MRP), in which characteristics of RP were mixed with regional forms, by educated speakers. Another variety of language, combining regional accents with features of RP, was running in the 1990s, as a “trendy” accent, Estuary English.

The use of Standard English is, however, socially more important than RP.

But English, wherever spoken, varies according to the specific functions it has to fulfill (purpose), the formality or informality of the occasion (context), or those who it addresses (audience). Functional varieties range from the use of the language for everyday subjects to more specialized spheres such as: science, legal affairs, business, official announcements, political topics, military questions, cultural events, sports etc. Each speaker has a range of language forms called a personal repertoire.

The language variations characteristic of these differences in subject matter are also called registers. They include words and phrases suited for the purpose. Thus, scientific registers contain special terminology. It has been statistically stated that only above 25% of the vocabulary of the natural science is made up of words of everyday conversation. For example, in medical texts, words like fever, artery, tissue, virus, diagnosis, and symptom occur ten times more often than common words like get, down, full, short, turn etc.

In the social sciences the contrast is not so striking, but legal language (the register of internal law), diplomatic communication, advertising English, with its new arbitrary coinages and word formation patterns, as well as its thousands of trade names, abound in many individual features.

So, we can say that it’s possible to characterize a particular functional style of English by describing the set of words, word-groups, and clichés, which it favors. Apart from lexis, registers may also involve grammatical features. As a rule, certain syntactic constructions are more frequent in some registers than in others. Scientific English, for example, develops a high percentage of passive constructions. Together with the register of official written communication it prefers certain means of informational conversation, for example, the frequent use of non–finite clauses (-ing phrases, -ed phrases).

Simple: He comes here every summer.

Compound: He comes here every summer, but/ and doesn’t stay long.

Complex: He comes here every summer but doesn’t stay long as he doesn’t like it

not liking it .(non-finite clause)

He doesn’t stay long here, though he comes here every summer.

1. The duration of various magnetic reversals is known from potassium – dating of land-rocks and can be used to put dates to the magnetic strips of the ocean floor and hence to estimate the rate of spreading. The age of the rocks lying near to the ridge implied a rate of spreading of about 2-½ cm a year.

2. Before making these nominations, each national group is recommended to consult its highest court of justice, its legal faculties and schools of law, and its national academies and national sections of international academies devoted to the study of law. 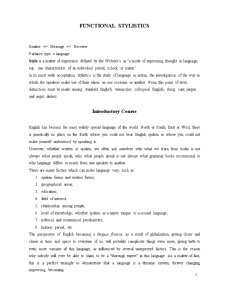 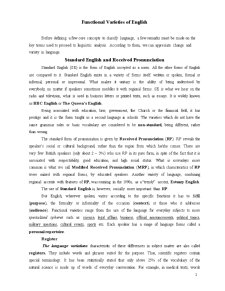 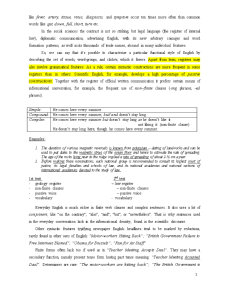 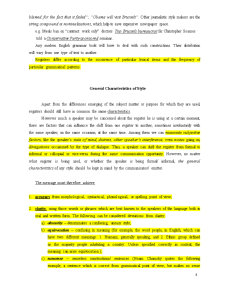 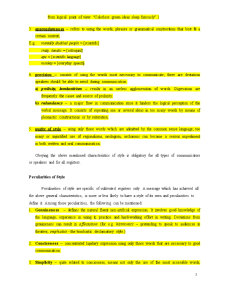 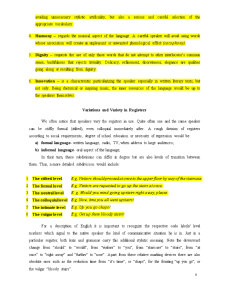 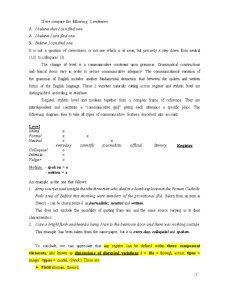 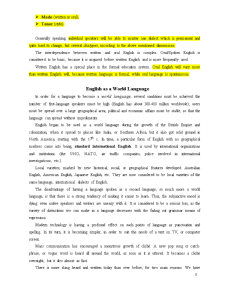 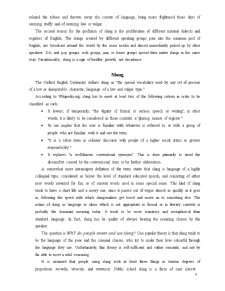 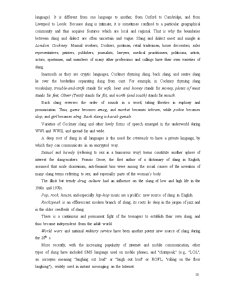 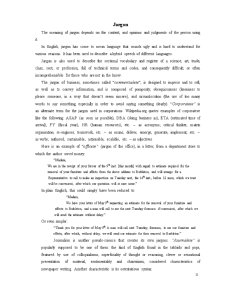 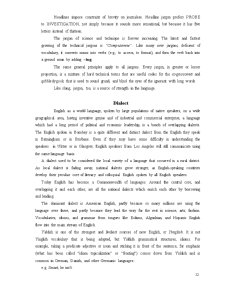 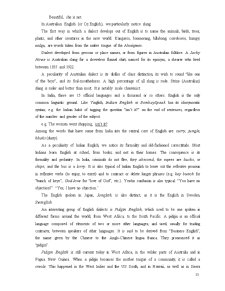 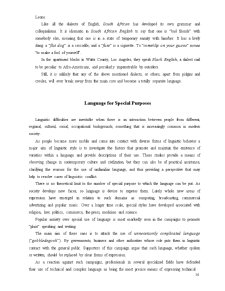 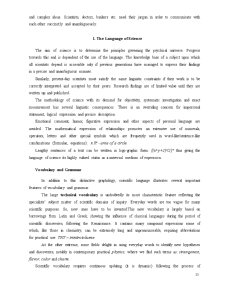 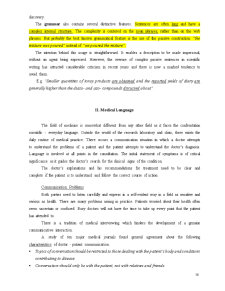 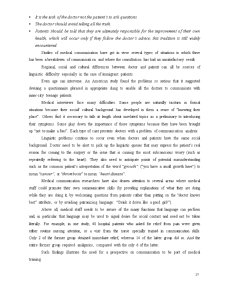 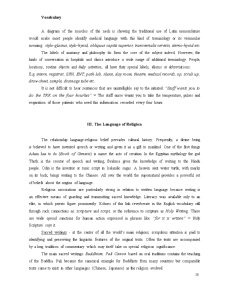 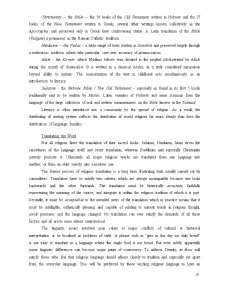 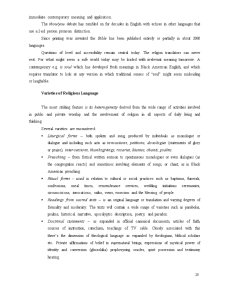 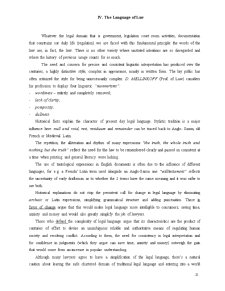 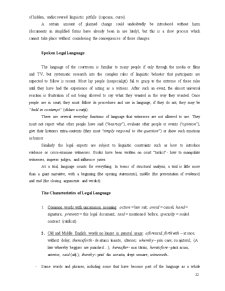 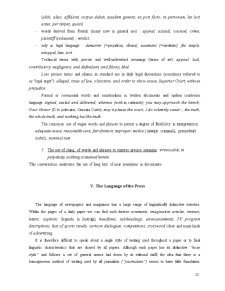 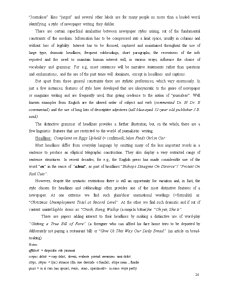 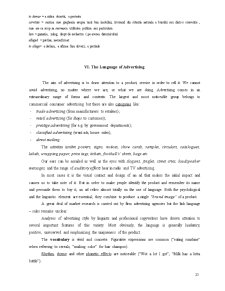 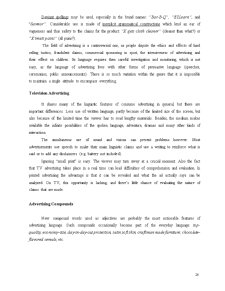 Introduction Why have I chosen this subject ?, is a very simple question with a simple answer, because I feel I can do more than just formal...

Introduction Starting with the early 90s Moldova has become a large outlet for many international companies bringing their new products into our...

INTRODUCTION Nowadays pedagogical thinking structures itself round the question How to create a human being? My paper tries to seek for the...

I. Humor In Advertising Humor remains one of the most poorly understood (Suther land and Sylvester 2000), and yet at the same time, one of the...

Proiect
What Makes a Good Teacher

Sometimes the simplest questions in life are the hardest to answer. Much has been said and written about the role of the teacher in an ever...

Introduction This is an actual topic; investigating it, you achieve great knowledges. It is quite difficult to understand somebody without knowing...

INTRODUCTION The proposed work is an analytical research in stylistic field. It is called ''The Function of the Epithet in the novel “The Picture...