Modals add to the lexical verb a special semantic component such as ability, obligation, permission, possibility. From a syntactic point of view, modal verbs have certain properties that make them similar to auxiliary verbs. These properties are known in the literature as NICE properties. NICE is an acronym (negation, interrogation, coordination, emphasis).

1. The negator NOT is attached to the modal verb to form a negative sentence.

2. Modal verbs are inverted with the subject in yes or no, wh-, and tag-questions just like auxiliary verbs.

3. The modal verb can be used in coordinate clauses beginning with AND SO followed by inversion to avoid repetition.

4. Modal verbs can be used for emphatic purposes in affirmative sentences.

Both auxiliaries and modals appear in the same type of constructions and have the so called NICE properties.

Modal verbs cannot appear in certain constructions. They are incompatible with non-finite forms (present/past participle, infinitive). Modal verbs are incompatible with agreement; they are always followed by a short infinitive. They have no passive form and no imperative. Modal verbs cannot co-occur with the exception of certain dialects in southern USA, where two modals in the same sentence are acceptable. Some modals have two tense forms (present and past: can-could, may-might).

Modal verbs are a distinct class of verbs that share syntactic properties with auxiliary verbs (NICE properties) and which have a certain semantic value like the lexical verbs.

We distinguish 2 main kinds of meanings for modal auxiliaries:

NEED, HAVE TO: necessity, obligation

OUGHT TO, SHOULD: tentative inference, obligation

The role of the link verb BE as part of the copulative predicate:

a. it connects the subject NP to the NP/AP functioning as predicative

b. it enters into a relationship of agreement in person and number with the subject of the sentence.

There are 2 classes of link verbs:

a. semantically empty link verbs: BE

Some of these semantically poor verbs can also be used as transitive or intransitive verbs.

The predicative is referentially dependent on the subject of the sentence to which it gives an attribute or an identity. The main property of the identifying predicative is that it is reversible that is it can change positions with the subject.

A. The adjectival predicative

Predicative adjectives may be classified according to the semantic features of the subject they select:

b. predicative adjectives that only combine with a [+human] subject are: sorry, imaginative, ingenious, kindhearted, polite, sincere

1. Phrasal intransitive verbs (V+particle) are followed by particles with various meanings. Certain particles of phrasal verbs show direction (go up, fly past, fall down). Most of these verbs indicate motion. Certain particles refer to the temporal dimension of the event. They may suggest the beginning of the activity in which case the particles are called ingressive (out, about, off, in). ON and AWAY indicate the continuation of the activity. They convey a durative meaning. The particle ON may combine freely with any verb. In contrast the particle AWAY cannot be used with all verbs. The particles OUT, UP and AWAY express the end of the action (+off, through) that is why they are also called egressive particles.

Complex intransitive verbs are two-place predicates that is they obligatorily take a subject and a prepositional object or an adverbial modifer to form a correct sentence. Classes:

When we want to emphasize the prepositional object we move it to pre-subject position. This rearrangement of the constituents of the sentence is called topicalization.

All these verbs take an IO marked by the preposition TO. From a semantic point of view these verbs are of several types:

A number of complex intransitive verbs may be followed by 2 PP. the 1st PP may function as an IO or as PO with the semantic feature [+human]. The 2nd PP functions as a PO and it indicates the topic of discussion. 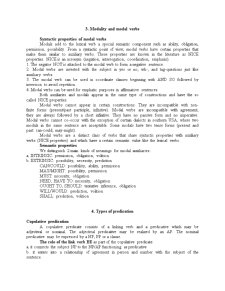 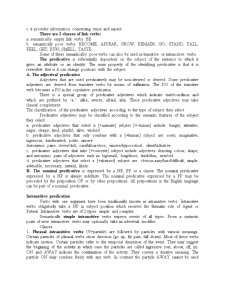 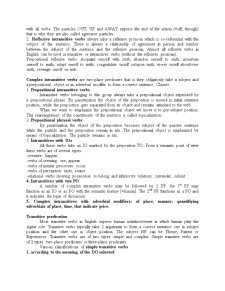 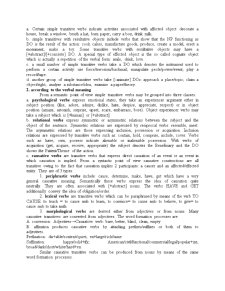 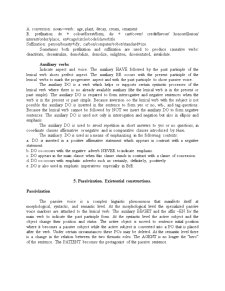 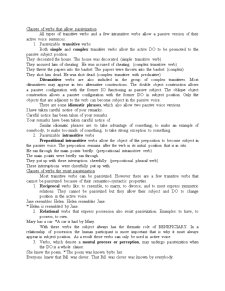 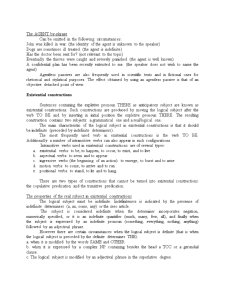 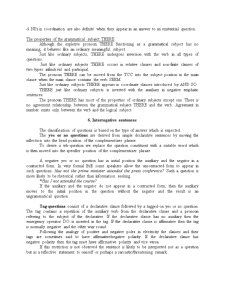 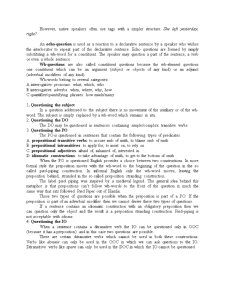 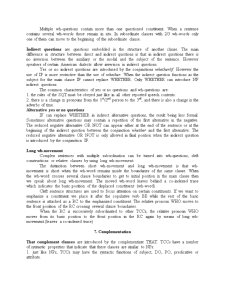 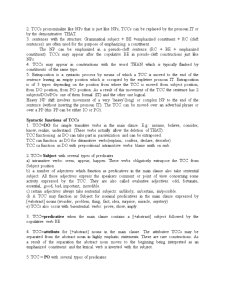 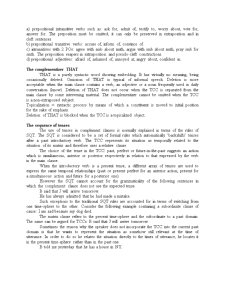 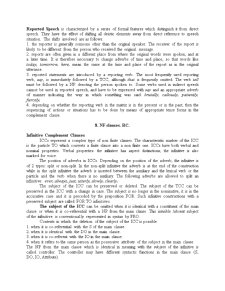 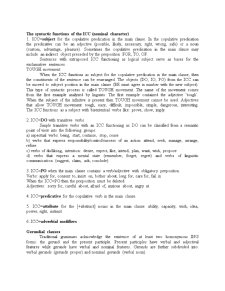 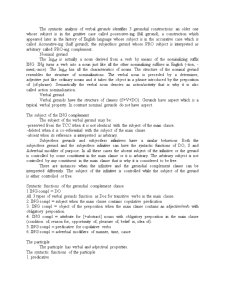 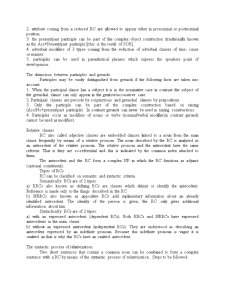 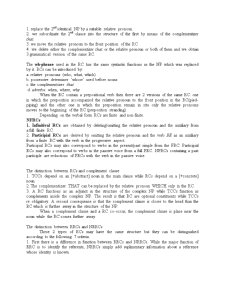 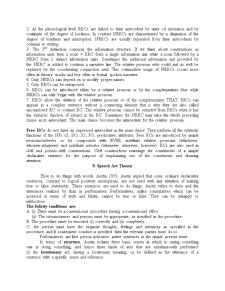 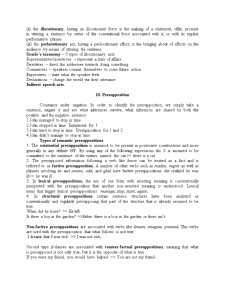 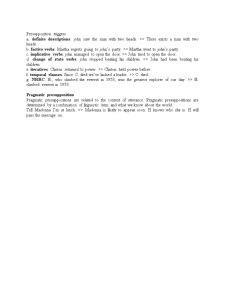 I. INTRODUCTION The dramatic work of Shakespeare is impressive even numerically speaking: he wrote 37 plays: many - and of many kinds. In his...

INTRODUCTION Charles Dickens thought it was his responsability as a writer to present the good and the bad sides of Victorian England. He dealt...

Foreword Tragedy is a term with many meanings and various critics and writers have endeavoured to give a definition of this concept. It can be...

INTRODUCTION It is not known when humans began using names though the practice is certainly very old , probably extending far into prehistory....

Introduction This project is an approach to the language of Business English as the title suggests it. I have presented here, the main aspects of...