The Matter of Ireland

THE MATTER OF IRELAND

Northern Ireland has often been considered as representing Britain’s backyard, enjoying a peculiar status at the level of the popular perceptions of this distinct part of the British state, which, on the one hand, has tended to be neglected, while on the other has always posed great problems in terms of authority and control.

The relationships between the Irish and the British have, consequently, encompassed the range from indifference to hostility, but the point that has been constantly made is that the British have always found the Irish very difficult to understand, while some have even argued that at the time of the British rule in India, more understanding and consideration was shown for the native culture than it happened in the case of the Irish one.

The same difficulty that the British have been displaying in their understanding of the “Irish Matter” has been reflected, at the popular level, in the jokes and the stereotypical representations of the Irish in the media and film, be they a contemporary joke stating that if it had not been for the Paddy factor, half of London would have been bombed successfully by the IRA, or the 19th century cartoons appearing in Punch, which commonly portrayed the Irishman as an ape.

To understand the subtext of this peculiar status attached to Northern Ireland and the Irish at the level of both official and popular discourses, one would have to survey the actual historic engagements occurring between the two groups of people, as part of the wider historic relationship of Ireland with England that has inscribed and inflected two opposing identities in terms of ethnicity, religion or political allegiance.

2. A BRIEF SURVEY OF THE ANGLO-IRISH HISTORIC ENGAGEMENTS

The first contacts established between the English state and Ireland occurred at the end of the 12th century, when Dermot, the exiled king of Leinster, asked the Norman lords of South Wales to help him regain his kingdom. Yet, once in Ireland, the Normans turned into conquistadors, occupying and colonising a region around Dublin, the Pale, and subsequently trying to advance westwards. As a result of this first wave of English colonists, a three-fold division of the island was established, consisting in: the Pale (that region where English law was administered as in an English shire), the West (an area peopled by purely Celtic tribes, ruled by their Irish chiefs), and tracts of mixed control in-between (with Anglo-Irish barons ruling over the native population).

These first colonists and their descendants were largely absorbed in the Celtic atmosphere around them, many intermarrying with the native populations and adopting the local customs. Later, after the Reformation, they chose to remain within the Catholic Church, being called “Old English” in order to differentiate them from the fresher waves of Protestant conquerors.

Yet, throughout the Middle Ages, Ireland itself remained independent of English royal control, for, though the English kings called themselves ‘Lords of Ireland’ and claimed, at times, sovereignity over it, in practice no troops were effectively sent there to actually conquer and govern the island.

The policy of real conquest and colonisation was undertaken by the English state during Elizabeth I’s and James I’s reigns, and was largely prompted by England’s turn to Protestantism during the 16th century. Within the new religious discourse, Catholic Ireland was no longer a place to be ignored, but a possible security threat as the Irish could be now used by the Catholic powers of the day (the Spaniards in particular) to attack England. The fact that Ireland was becoming the danger point in Elizabeth’s dominions was confirmed in 1588 when the Pope himself planned to attack England by sending armed troops bearing his commission to Ireland, even if the English captured and massacred them at Smerwick, prompting the Queen to undertake its conquest.

As Trevelyan notes, Ireland was attacked with great brutality and colonised in the same way that America was at the time, as both represented two new fields, of equal importance and attraction, where private fortunes could be made, public service rendered to the Queen, and the cause of true religion upheld against the Pope and the Spaniards .

The island was first subjugated military, and, after the defeat of the rising of the Northern earls , Ireland was colonised, mainly in Ulster, as the best land the country possessed. But, despite the efforts undertaken by the English state in order to persuade people to emigrate to Ireland, the largest part of the colonists establishing James I’s Plantation of Ulster in 1608 were Scots from the neighbouring coast, carrying with them their extreme version of Protestantism.

The next important moment within the history of Anglo-Irish relationships occurred during the 17th century Civil Wars in England, that confirmed once again for the English that Ireland did represent a security threat for their state. As the Catholic Irish registered their support on the King’s side, at the end of the war Cromwell took full revenge on them, sending his troops to reconquer Ireland as the first step in the reconstitution of the British Empire. It was rendered easier for Cromwell and his army because the Protestants over there, whatever their political allegiance, tended to rally round him as the champion of their race and creed , while the Irish resistance became racial and Catholic instead of Royalist. After the fall of Drogheda had broken the back of resistance in the East, Cromwell went home, leaving the rest of the army carry on, in an atrocious way, the guerrilla war in the West.

The subsequent land settlement completed the transference of the soil from Irish to British proprietors, aiming to fulfil a three-fold objective: to pay off in Irish land the soldiers who had fought, to render the English hold secure against another rebellion like that of 1641 , and lastly to extirpate Catholicism, by trying to push the whole indigenous population to the west of the river Shannon, to Cannaught, a region that invokes a deep primitive Gaelic feeling, but is economically very poor . 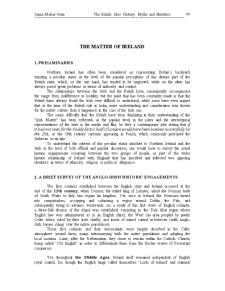 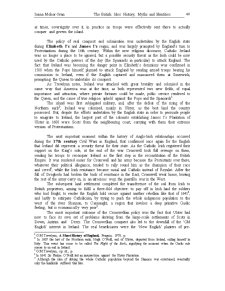 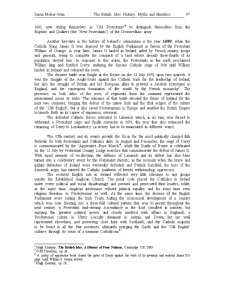 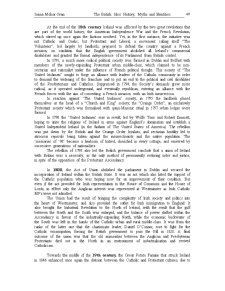 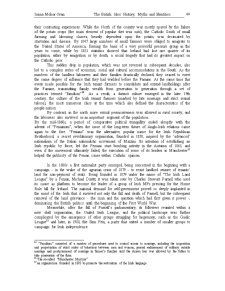 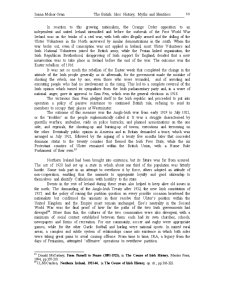 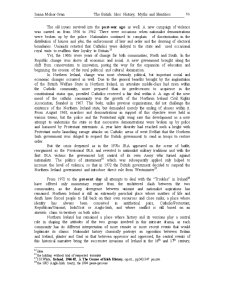 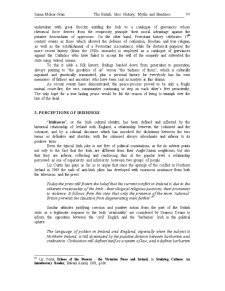 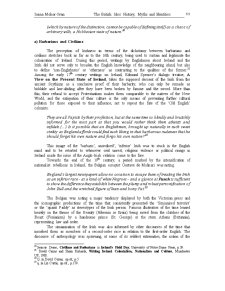 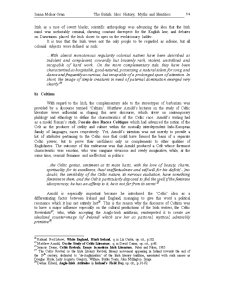 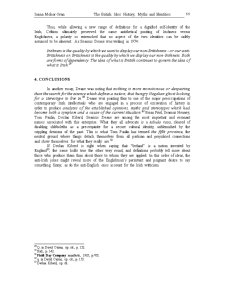 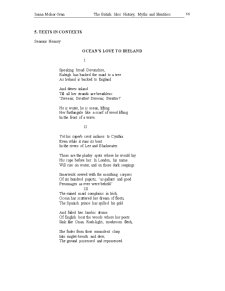 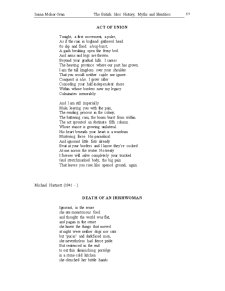 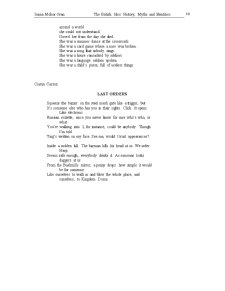 Education Argument My name is and I have decided to talk and write about education work certificate because for me education is one of the most...

Argument I have chosen Great Britain because the origin of the English which is spoken, written and taught everywhere in the world is in Great...

The United Kingdom, consisting of Great Britain (England, Wales, and Scotland) and Northern Ireland, is twice the size of New York State. England,...

Introduction The concept of helping people appeared a long time ago and was defined by human nature as“the situation when someone need to be...

INTRODUCTION In this paper, I will present a short view over one of the most important Irish dramatists of the 1950s, Brendan Behan. It is well...

Proiect
The Roman Civilization in Britain

CHAPTER I – INTRODUCTION In 43 AD the emperor Claudius resumed the work of Caesar by ordering the invasion of England under the command of Aulus...

INTRODUCTION Devolution is a major part of the Government's ambitious programme of constitutional reform. It has been described by the Prime...