In grammar, we first need to identify the types of grammatical units, such as words and phrases, before describing the internal structure of these units, and how they combine to form larger units. Grammatical units are meaningful elements which combine with each other in a structural pattern. Essentially, grammar is the system which organizes and controls these form - meaning relationships.

The types of grammatical units can be graded according to size of unit, as shown below:

1. sentence: If I wash up all this stuff somebody else can dry it.

2. clauses: If I wash up all this stuff / somebody else can dry it.

In the simplest cases, a unit consists of one or more elements on the level below:

• A clause consists of one or more phrases.

• A phrase consists of one or more words.

• A word consists of one or more morphemes.

Grammatical units can be combined to form longer written texts or spoken interaction, which is known as discourse. At the other extreme, language can be analyzed in terms of its phonemes (the individual sounds which make up the language) and graphemes (the written symbols we use to communicate in language). These are the smallest units of speech and writing, respectively.

In this course of lectures we focus mainly on the three central types of unit: word, phrase, and clause. (Note: in some grammars, the word 'sentence' is used in a sense close to 'clause' in this course.)

In general, grammatical units are described in terms of four factors: their structure, their syntactic role, their meaning, and the way they are used in discourse.

Units can be described in terms of their syntactic role. For example, a phrase can have the syntactic role of object in a clause:

In November, Susie won those tickets.

In this example, Susie is the subject, in November is an adverbial.

Units can be described in terms of meaning. For example, adverbs (a class of words) can express information about time, place, and manner.

D Use (or discourse function)

Units can be further described in terms of how they behave in discourse. This can include their use in different registers, their frequency in those registers, and the factors which influence their use in speech or in written texts. For example, pronouns like it and they are often used to refer back to things mentioned earlier in the same discourse:

Isn't Cindy coming? Did she call you?

Such pronouns are more common in speech than in written texts.

Words are generally considered to be the basic elements of language. They clearly show up in writing, and they are the items defined in dictionaries. Yet the definition of 'word' is not simple.

Words are relatively fixed in their internal form, but they are independent in their role in larger units. For example, insertions can usually be made between words but not within words:

There were two bikes against the wall.

There were two (large new) bikes (standing) against the (side) wall.

Notice how, in the above example, it is possible to insert words between other words to form a longer sentence without losing clarity of meaning. On the other hand, we could not easily interrupt a word, by inserting another word or morpheme inside it, as in *pedal-(new)-bins.

1.2 Different senses of the word 'word'

The notion of 'word' is complex, and so it is useful to identify a number of slightly different senses of 'word’:

• Orthographic words: These are the words that we are familiar within written language, where they are separated by spaces. For example, They wrote us a letter contains five distinct orthographic words.

• Lexemes: This is a set of grammatical words which share the same basic meaning, similar forms, and the same word class. For example, leave, leaves, left, and leaving are all members of the verb lexeme leave. This is the meaning of 'word' that is employed in dictionaries. 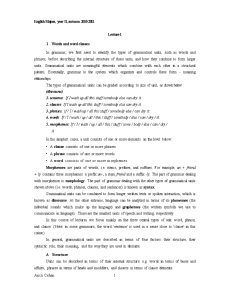 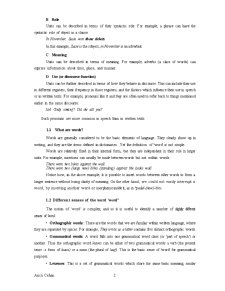 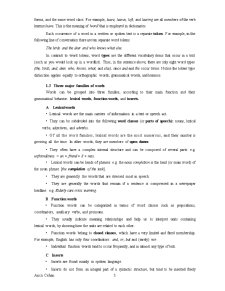 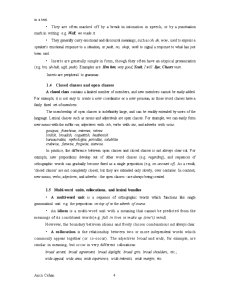 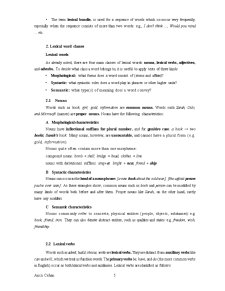 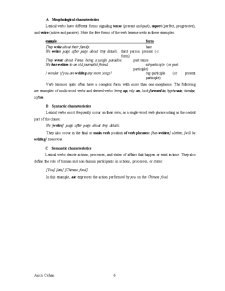 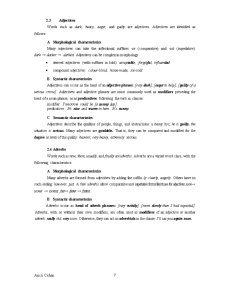 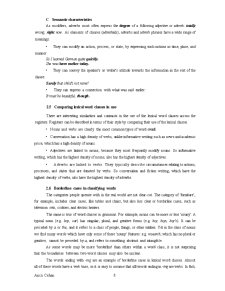 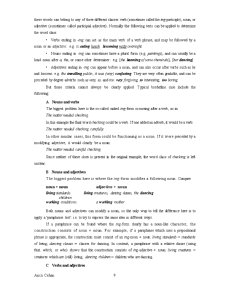 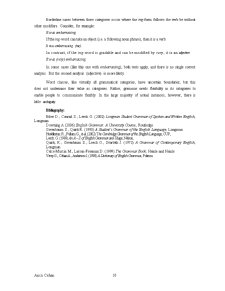 Introduction Every profession requires constant self – training. This becomes even more important for translators due to the specifics of this...

The modern English is often called “lingua franca”, a global language, because is the first language dominated on an international scale in domains...

ALMOST A VOYAGE THROUGH HISTORY, FICTION AND TRUTH PERCEPTIONS IN JOSEPH CONRAD’S HEART OF DARKNESS I. SENTENCE OUTLINE: 1. Introduction:...

The review starts with presenting the situation of a teacher reading, circling, making comments on sundents’ papers one by one, in a November...