Blockchain consists of blocks of data connected through the use of cryptography. It belongs to a network of nodes connected over the public network.

The fundamental units of a blockchain are blocks. A single block can encapsulate several transactions or other valuable data:

Fig. 1. Transactions inside a single block

Generating the hash value of a block is called “mining” the block. The hash of a block typically consists of the following data:

- Primarily, the hash of a block consists of the transactions it encapsulates

- The hash also consists of the timestamp of the block's creation

- It also includes a nonce, an arbitrary number used in cryptography

All nodes in the network participate in verifying a newly mined block.

Fig. 2. Adding a block into Blockchain

A newly mined block is added into the blockchain on the consensus of the nodes. There are several consensus protocols available which we can use for verification. The nodes in the network use the same protocol to detect malicious branch of the chain. Hence, a malicious branch even if introduced will soon be rejected by the majority of the nodes.

- Hash of the previous block, an important part to build the chain

- The actual data, any information having value, like a contract

- The timestamp of the creation of this block

- A nonce, which is an arbitrary number used in cryptography

- Finally, the hash of this block, calculated based on other data 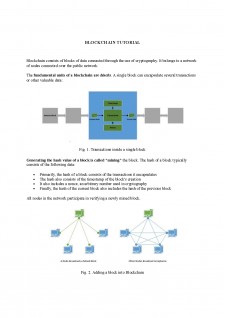 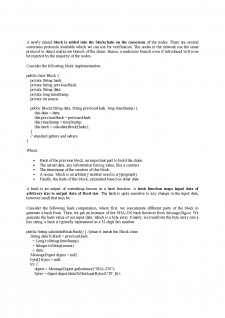 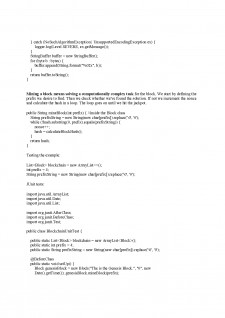 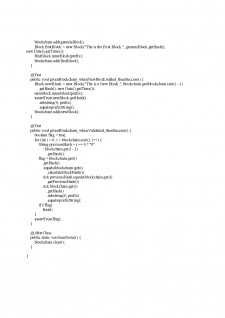