Material point: is a body whose dimension may be disregarded in the certain conditions. (ex: the study of motion of earth around the sun)

Mechanical system: an ensemble of point particles, whose motion can be free or limited by certain constraints.

Referance frame: a set of coordinates relative to which the position of a material point in space can be determined and a watch for time measurement.

Inertia: the property of remaining at rest or continuing to move in a straight line at a constant speed.

Rigid body: a system of particles with constant distances between them.

Translation motion of a rigid body: is such a motion in which the line connecting any 2 particles of the body remains parallel to itself.

Rotation motion of a rigid body about a fixed vertical axis: Let consider a rigid body that can rotate about a fixed axis. Rotation of rigid body is such a motion in which the trajectories of all the points of the body are circles whose centres are located on a common straight line called axis of rotation.

Constraints: restrictions of geometric or kinematic nature that may be imposed on the position and velicities of a system’s particles.

Generalized coordinates: the independent parameters q1, q2… qf that determine the position of a mechanical system in space.

Generalized velocity: the time derivatives of the generalized coordinates 1, 2 …… f .

The flux of a vector filed: .An a oriented surface S having attached in each of its points a normal vector to the surface the flux of the vector is defined as: .

Conservative forces: Let us consider a stationary field of forces. If the work done on a particle by the forces of the field, to move the particle between 2 points A and B depend only on the initial and final positions of the particle moved between the point A and B, then these forces are called conservative.

The proper time: is a time measured on a clock maninig together with the particle. It has the form

3. Basic Postulates of the Special Theory if Relativity.

The specials theory of relativity s based on two postulates formulated by Einstein in 1905:

1.All laws of physics are invariant relative to the inertial reference systems.

2.Light propagates in a vacuum at a definite constant speed, c =300x108m/s ,relative to any inertial reference system, not depending on the state of motion of omitting body or of the observer.

4. Basic postulates of the general theory of relativity

The general theory of relativity so based on two postulates formulated by Einstein in 1915:

1. All laws of physics are invariant relative to all reference systems, whether accelerated or not.

2. At any space-time point, a gravitational field is equivalent to an accelerated frame of reference in the absence of gravitational effects.

5. Hamilton`s Principle (Principle of the Last Action):” A system moves between position qK (t1) and qK (t2) in such a way that the action S has the smallest possible value”. 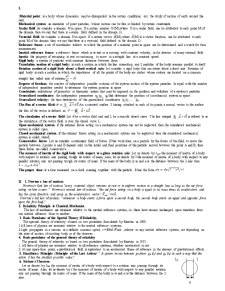 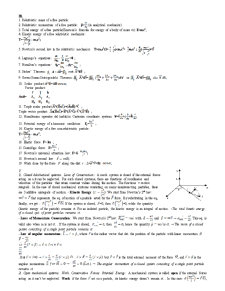 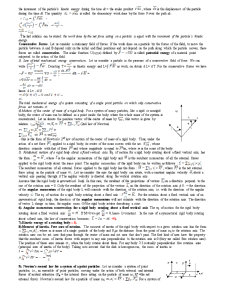 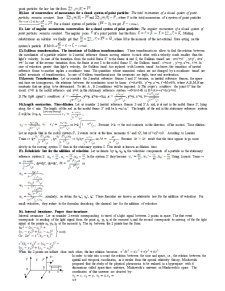 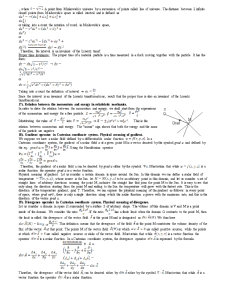 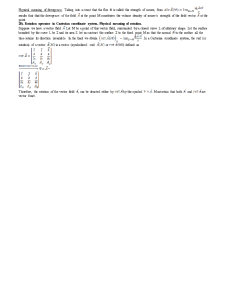