The review starts with presenting the situation of a teacher reading, circling, making comments on sundents’ papers one by one, in a November midnight. Stepping apart from this one case the review continues with general ideas. The first one is about the teachers’ frustration caused by the students’ indifference regarding his notes, remarks and corrections on the paper in discussion.

The litterature part is based on scientific research. The ideas are taken over from : Zamel 1985 who said that teachers respond to most writing as if it were a final product, Taylor 1981, according to him, because of having an ideal standard and not a set of cryteria for marking makes teachers give inaccurate, misleading and inapropriate comments and Sommers 1980, Taylor 1981 and Raimes 1983 agreed with the idea that teachers’ inconsistency makes it hard for the student to distinguish minor from major errors.

- Focusing on the content, avoiding language errors. This guideline has 2 advantages:

1. Spearing a lot of time since the paper will mostly be re-written

2. Helps us focusing on the rethorical structure – the most important one (Young 1978 )

- Do not impose your own interpretation on the students’ writing.

- Note strengths as well as weaknesses.

Guidelines given to be followed when responding to the students’ second draft:

- Do not correct in grammar or mechanics by providing the correct lexical or gramatical items, let the students do the editing.

- Teach them how to use a dictionary in the editing process.

- Set a number of priorities and provide selective feedback for better results.

- Decide carefully about which errors to correct.

- Diagnose some general problems along with the individual ones and work them in the class.

The conclusion given is clear: teachers should abandon preconceptions of traditional writing classes, realise thet every student is different and not all are at the level they should be, the teacher should adapt to each of them.

Combined with an emphasis upon male auteurs and films throughout, the fact that 'Stachey' even finds its way into the Bibliography makes you wonder. Film Studies usefully charts the terrain from auteurism to feminism, acting to camera angles, the 'Mirror Phase' to 'Buddy Movie'. Lacking the space, Butler nevertheless attempts to draw European art films and world cinema into the equation. I've yet to read such an accessible introduction to Saussure. Deciding on Australia for your example of a national cinema is sensible, given that, as an English-language tradition, it is accessible, yet also rich and specific. After traipsing though bloodless Semiotics and Structuralism, I welcomed the Return of the Repressed. I liked the section on Genre too, until it got bogged down in the slasher cycles. 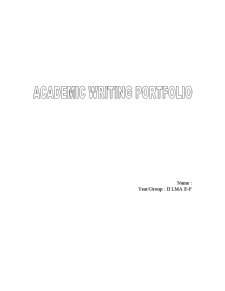 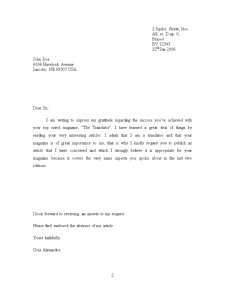 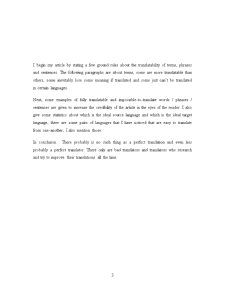 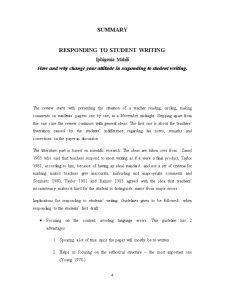 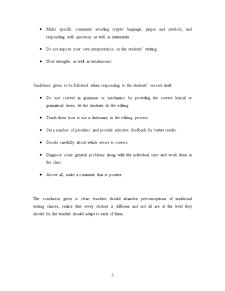 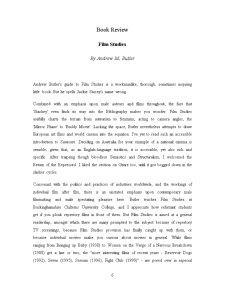 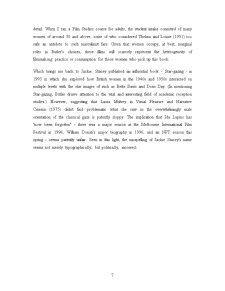 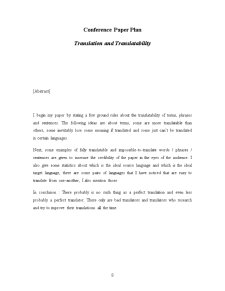 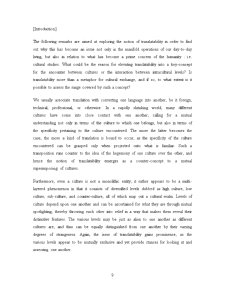 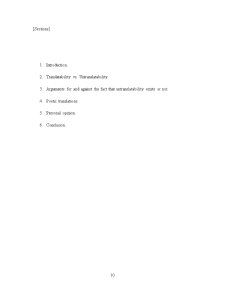 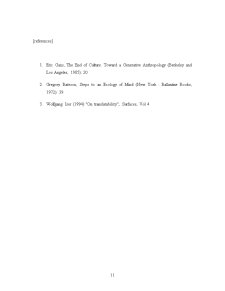 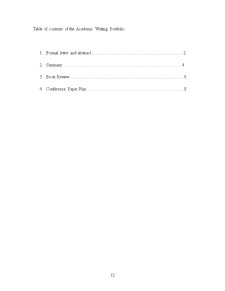 Introduction Every profession requires constant self – training. This becomes even more important for translators due to the specifics of this...

The modern English is often called “lingua franca”, a global language, because is the first language dominated on an international scale in domains...

ALMOST A VOYAGE THROUGH HISTORY, FICTION AND TRUTH PERCEPTIONS IN JOSEPH CONRAD’S HEART OF DARKNESS I. SENTENCE OUTLINE: 1. Introduction:...

Many journalists and sociologists noted that culture in the 1920s was losing its social structure. After a decade of intense progressive reform,...

The company was established in 1998 in Bucharest, and it is focused on selling toys. Our customers are in general children` s, but lately as a...