Migration in United States of America

Europe may be a great place to visit, but U.S. emigration to the continent is paltry—while the reverse flow from Europe to the United States remains at consistently high levels even with the somewhat bothersome screenings imposed after 9/11. While Europeans are no longer the primary immigrants to the U.S. (that role having been taken over by Latin Americans and Asians), they remain an important factor in the continuing re-invention of America.

The United States is a federal republic of 50 states.There are 48 conterminous states which extend from latitude 25'N to 50'N and longitude 125'W to 60'W(4.500km and four times zone from Atlantic coast to the Pacific coast), the other two states, Hawaii and Alaska are situated respectively in the tropical part of Pacific Ocean(160'W, 3.200km from mainland) and near from the Arctic circle.The 50 states from an area of 3.615.122 square miles(31 times the seize of Italy), making the United States the fourth larges contry in the world.

The country naturally presents a tremendous variety in physical feautures(and climate) ranging from moist rain forest to arid desert and bold mountain peaks.Mount McKinley in Alaska at 20.320 feet(6.194 metres)is the highest point in the United States, while part od Death Valley in California is 282 feet(89 metres) below sea level.

The estern coast of U.S is a long genth rollin lowlard area known as the constal plains.These constal plains, which stretch from Maine to Texas, are very flat(nowhere in Florida is more then 350 feet above sea level, for exemple) and often swampy.In general the soil is very poor, except in the fertile soutern part, where the plain reachers many miles inland(the Colton Belt of the Old South and the citrus country of central Florida).At the western edge of the Atlantic coastal plain, there is a chain of low, almost unbroken mountains, stretching from the northern part of Maine southwest into Alabama, called the Appalachian Mountains.These mountains contarain enormaus quantities of easily accessible coal and iron(which helps explain the huge concentration of heavy industry along the lover region of the Great Lakes).The Piedmont hills to the east of the main peaks, are the most highly productive agricultural land in the country after the Midwest.

The heart of the United States is a vast plain broken by Superior Upland and Black Hills in the north and the Ozark Plateau in the south, which extend from westwards to the Cordillera.These interior plains which risee gradually like a saucer to higher land on all sides, are divided into two major parts: the wetter, eastern portion is called the Central Plains and the western portion the Great Plains, both of which have good soil. To the west of Great Plains is the Cordillera, which accounts for one-third of the United States.It is the region of the tremendous variety, which can be sub-divided into various other regions.On its eastern border the Rocky Mountains, a high, discontinous chain of mountains Alaska down to Mexico, rise sharply from the Great Plains.These rugged mountains contain many important metals such as lead, uranium and gold Immigration is the act of coming to a foreign country to live.

The act of leaving one's country to settle in another is called emigration. Many immigrants to a new country first settle in a community made up of people from their native land or even their native village. They keep their old customs and acquire a limited knowledge of their new country's culture, language, and values. In time, however, most immigrants begin to assimilate (adapt to a new culture). Immigrants who adapt most quickly usually have a background similar to the new cultural environment and much contact with the new society. They also plan to remain permanently in the new country. The main reason for immigration has long been economic opportunity, the lure of better land or a better job. 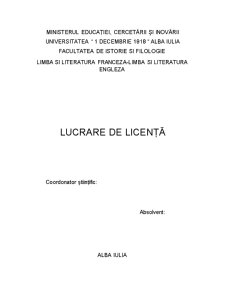 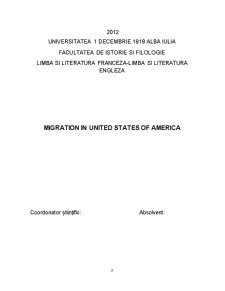 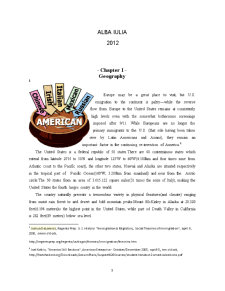 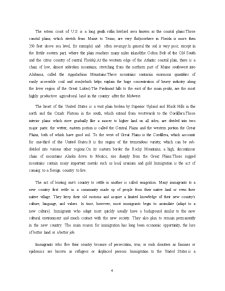 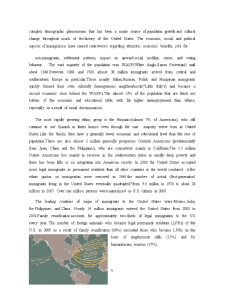 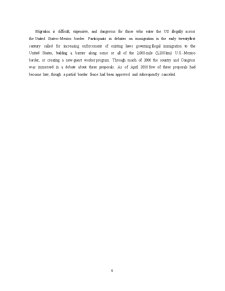 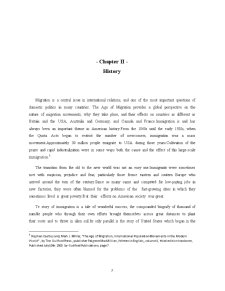 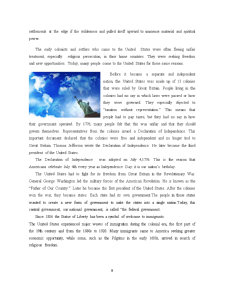 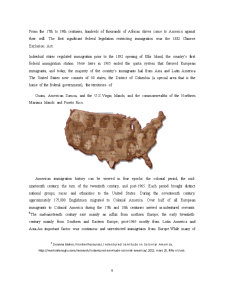 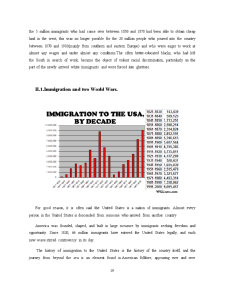 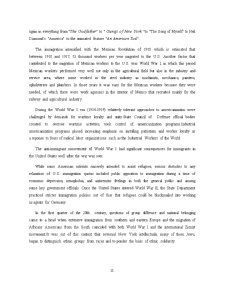 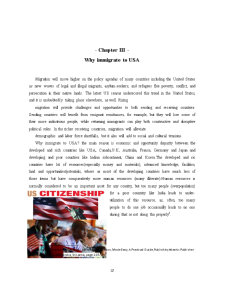 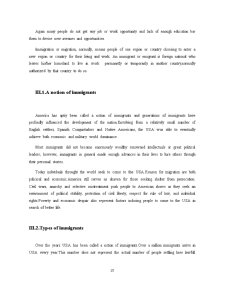 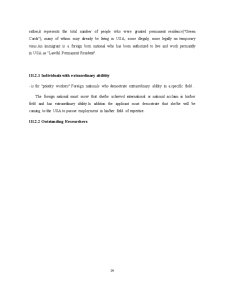 Referat
The History of Public Administration