- it consumes itself to light the way for others.

My name is Vatamaniuc Irina. The precious treasure of the art of teaching I gained by making my studies in 1998-2000 at School of General Education number 11, in Baltsy City.

In 2000-2005, I got high education at Pedagogical State University “Alecu Russo” from Baltsy, Department of Foreign Languages, French and English Language and Literature Speciality, licensed in French stylistics, with the score of 8, 54.

In 2009 I was employed as psychologist at the "A. Russo" Lyceum in Singereii Noi village.

From 2010 to present, I am teaching at the same lyceum as a teacher of foreign languages.

During these 4 years of educational activity, I have been axed on a motto:

Being a teacher is rough and nice, humble and proud, the indifference is not allowed, it is a job that demands competence, self-sacrifice and humanity as well, because it is one of a few professions that provides a precious, complicated and sensitive material as the man in the making.

During these 4 years, I was not only a teacher, but a student too, attending Courses for Teachers of Further Formation at Institute of Science and Education in Chishinau in January 2013, participating in training program organized under the Project Quality Education in rural areas in Republic of Moldova in March – April 2011, and Teachers School organized by USA educational program for EFL teachers- October-April 2012-2013, taking part at different didactic seminars and meetings, but also learning a lot of things from my colleagues and pupils too.

Only, thanks to them I’ve been leading the Class Masters’ Department (V-th to VIII-th forms) for two years 2011-2012; 2012-2013, implying students and teachers in different kind of activities. Also, in the present I am the member of Methodological Council and the Secretary of Teachers Council.

The globalization of economies and hybridization of cultures demand teaching of foreign languages more than ever before. Today, knowing a common foreign language has become not only a necessity but also a compulsion for a successful career in international relations, media, trade, government, technology, and science. The creation of a modern educational system, adequate to the needs of the modern society approaches, determines accurate objectives, according to claims it serves. For these reasons, in my teaching, I do not emphasize the priority to inform students, but to develop Communicative, Civic, and Cultural Abilities. To achieve this, even from the beginning of my activity as teacher, I outlined three primarily objectives:

-cognitive aspect, which covers the use of theoretical linguistic skills;

-functional aspect, which is the ability of a person to act in a professional field, educational, social, using efficiently English language;

I have tried to perform them not only during English classes with my students, but to improve the way of their practicing during the meetings of Communication and Language Department, beginning from 2009 with a report entitled “ Stages of Planning a Test Paper. Item Elaboration Methodology”, in 2011 a roundtable “Critical Thinking Development during English Classes”, in 2012 a short report “The Good Manners Code in Child Education” at the Class Mastering Department. In order to improve them, I’ve participated at Methodological Council meetings not only as a member, but also as an active organizer, presenting in February 2013 a report entitled “Models of Self-Image”, and at district level organizing a training that refers to “Education of Students Civic Attitudes”.

These activities wouldn’t have been performed without the courses that I attended in August 2010 named “The Implementation of Modernized Curriculum for High School Teachers”, organized under the project “Qualified Education in the Rural Areas of Republic of Moldova”. At the same time, I’ve taken part at “Training Program Focused on Developing and Updating Methodological Skills of High School Teachers”, organized in March-May 2011, for later to participate at Methodological Council Institution Level, developing the same topic, being entitled as “Monitoring the Implementation of the Learning Curriculum Centered on Pupils, Focused on Competences”, promoted in December 2011; Teachers School organized by USA educational program for EFL teachers- October-April 2012-2013, “Student-Centered Interactive Teaching”, promoted during study year 2012-2013 with several stages named : “Constructivist Planning. The Class-Master and Pupils Behavior Problem in Student Centered Education Context”- September 2012; “Inclusive Education Workshop”-September 2012; “School Competence and Standard Concept. How to Create a Personalized Educational Planning. The Structure of School Competences.”- December 2012; “Psychological Aspects of Self –Exploring.”- February 2013, and Courses for Teachers of Further Formation at Institute of Science and Education in Chishinau in January 2013. These workshops were of great importance in my further development as a teacher, changing the way of teaching, using new methodology and strategies. 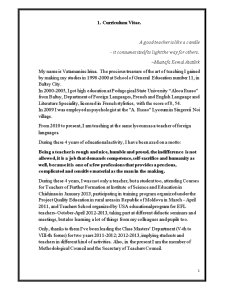 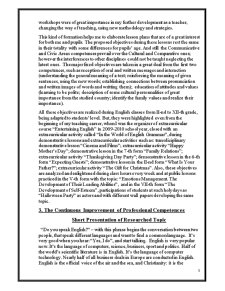 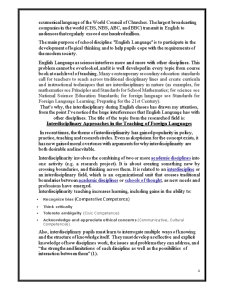 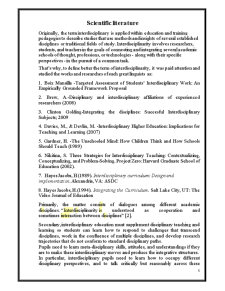 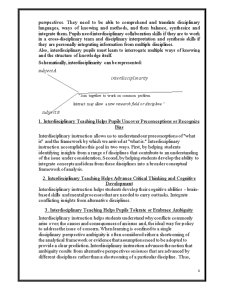 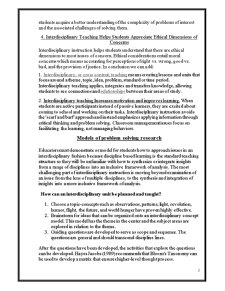 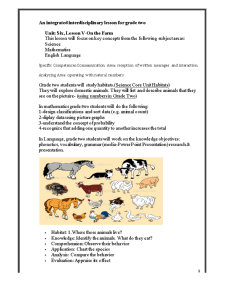 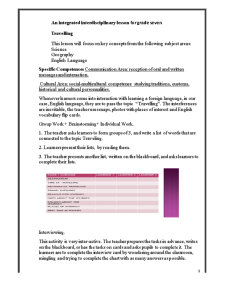 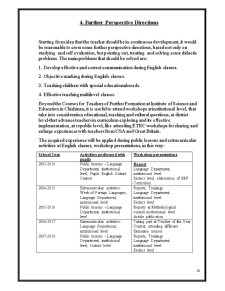 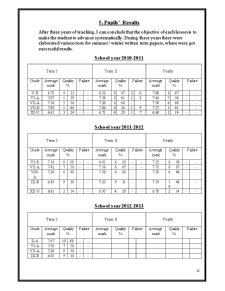 1. Comunication close-up at Kelly Services First of all Kelly Service of Troy is the ultimate service business. Like many organizations, Kelly...

1. Nouns Definition: A noun is a word used to refer to people, animals, objects, substances, states, events and feelings. Nouns can be a subject...

I. INTRODUCTION The word “noun” comes from the latin nomen meaning “name”. Word classes like nouns were first described by th Sanskrit grammarian...

Proiect
Lesson Plan- 6th grade - A Visit to the UK