Known for its wide, tree-lined boulevards, glorious Belle Époque buildings and a reputation for the high life (which in the 1900s earned its nickname of “Little Paris”), Bucharest, Romania's largest city and capital, is today a bustling metropolis.

Romanian legend has it that the city of Bucharest was founded on the banks of the Dambovita River by a shepherd named Bucur, whose name literarily means “joy.” His flute playing reportedly dazzled the people and his hearty wine from nearby vineyards endeared him to the local traders, who gave his name to the place. In the 15th century, the princely court of Vlad Tepes (thought to have been the inspiration for Bram Stoker's Dracula) was established here and by the end of the 17th century, the city had become the capital of the province of Walachia. In 1862, Bucharest became the capital of Romania.

Remodeled in the late 19th century by French and French-trained architects, the city features large neoclassical buildings, fashionable parks, and even its very own Arc de Triomphe on the elegant Soseaua Kiseleff, an avenue longer than the famed Champs-Elysees.

Bucharest is laden with historical charm – from the streets of the Old City Center, which are slowly being restored, to the grand architecture of the Royal Palace and the lush green of Cismigiu Park.

Some of the city’s attractions

House of the Free Press (Casa Presei Libere) - an impressive edifice standing somewhat menacingly at the entrance to the capital, Casa Scanteii (as it is still universally known) was designed by architect Horia Maicu and completed in 1956, one year after the strikingly similar Palace of Science and Culture in Warsaw, Poland. Originally housing almost all of the capital's printing presses and newsrooms, it, today, carries out much the same function, with the addition of the Bucharest Stock Exchange in the southern wing.

The Arch of Triumph (Arcul de Triumf) - Initially built of wood in 1922 to honor the bravery of Romanian soldiers who fought in World War I, Bucharest’s very own Arc de Triomphe was finished in Deva granite in 1936. Designed by the architect, Petre Antonescu, the Arc stands 85 feet high. An interior staircase allows visitors to climb to the top for a panoramic view of the city

Calea Victoriei (Victory Avenue) is Bucharest's oldest and arguably, most charming street. Built in 1692 to link the Old Princely Court to Mogosoaia Palace, it was initially paved with oak beams. The street became Calea Victoriei in 1878, after the Romanian War of Independence victory.

Between the two world wars, Calea Victoriei developed into one of the most fashionable streets in the city. Stroll along this street from Piata Victoriei to Piata Natiunilor Unite to discover some of the most stunning buildings in the city, including

Cantacuzino Palace (Palatul Cantacuzino) - Grigore Cantacuzino was thought to be one of Romania’s wealthiest citizens in 1899. As Prime Minister, it was his wish to have the most elegant residence in Bucharest. Using the designs of architect Ion Berindei, the Cantacuzino Palace was built between 1898 and 1900 in eclectic French style. Combining a neoclassical architectural style with art nouveau elements, it features wrought iron balconies, tall arched windows and a porte-cochere (an elegant wrought-iron doorway) flanked by two lions. Today, the palace houses the George Enescu Museum. 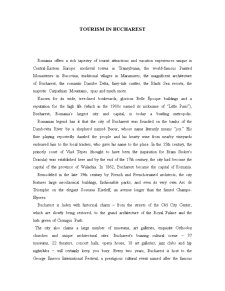 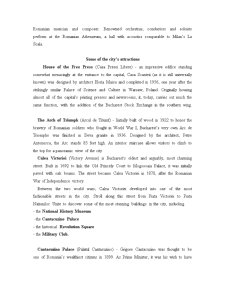 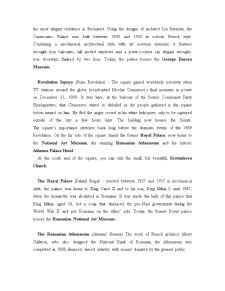 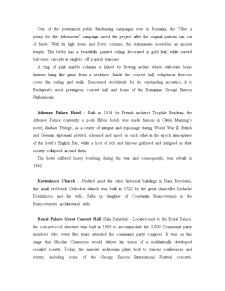 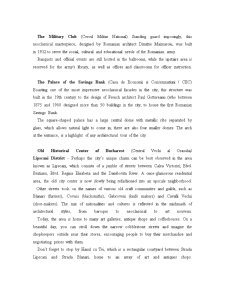 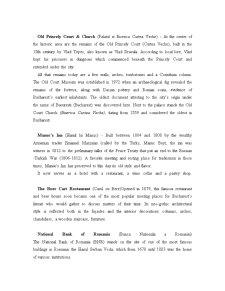 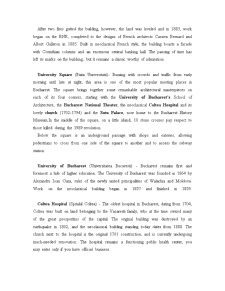 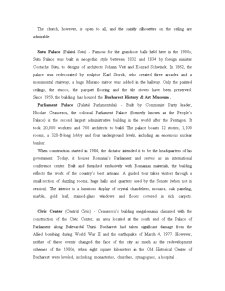 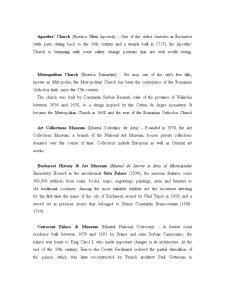 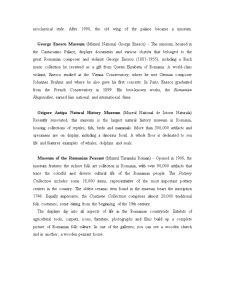 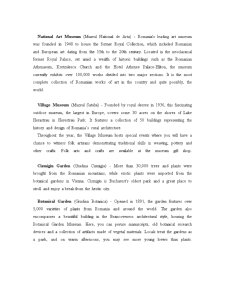 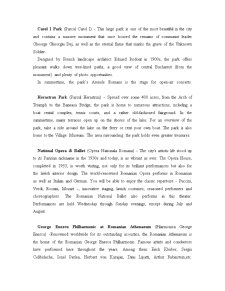 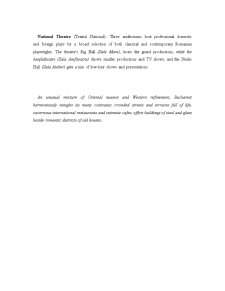 1.Introduction England is a country to the northwest of Continental Europe and is the largest and most populous constituent country of the United...

The world has changed in many ways since pharmacist, John Styth Pemberton first introduced the refreshing taste of Coca-Cola in Atlanta, Georgia....

Ideal vacation PARIS PARIS Paris is the capital of France. The city is located in the central-north of the country, the River Seine, downstream...

The Romanian Carpathians are included into the Alpino-Carpato-Hymalaian chain. They begin in the north of Bratislava and are ended on Timok Valley....