THE THANK YOU LETTER

The EU has 11 official languages and several countries are multilingual. About 50 million of the EU population is estimated to be minority language speakers.

The most obvious difference between cultures is language. There are differences not only in what you say, but in how you say it. The way language is used varies from culture to culture and nowadays the role of the translator is very important in all fields.

Northern cultures are more literal and southern Europeans more oral. People from literal cultures will not usually take the spoken word seriously unless it is confirmed in writing. Written documents are more or less important in every culture, but their correctness is a must whether you are dealing with the rigid French people or with their more relaxed and informal Spanish neighbors. These are differences and issues that a translator must be aware of and always keep in mind that he is not translating from a language to another; he is translating from a culture to another.

Culture is relative. Others look at the way we do things with the same surprise and condescension as we look at the way they do. We all behave we do because it is right for us. All our behaviors are based on deeply held values and norms.

John Mole, in his book Mind Your Manners, speaks about managing business in Europe from a cultural point of view. His statements always underline the differences between European countries that, due to their cultural particularities, have issues in using one another's languages, even if they have perfect knowledge of grammar and spelling. We find his ideas very useful in our multilingual world but also in our work as translators. As we said before, cultural knowledge is vital for a translator, even more when we are dealing with official documents, like the business letters that we are to discus in this paper.

We found the subject of business letters very interesting because, nowadays globalization brought the demolishment of all kind of barriers, even the language’s ones. Business relationships tend to extend, people are communicating, are searching jobs abroad. When it comes to official documents, it is a lack of professionalism and respect to make any kind of mistakes when writing for a business purpose. So, the role of the translator is, once again, vital because he is the one able to facilitate even this kind of relationship.

Letter writing is crucial to the success of every professional. Without letter-writing skills, the professional’s effectiveness is stymied. […] Letters may not seem like the crux of your business, but if you consider that effectively written letters can increase the quality of working relationships and the quantity of business you can attract, and decrease wasted hours and money, you can begin to see the importance of learning to write letters well.

It is normal for every country to have a different style of writing this kind of letters, which will vary in function of the local customs and language. First these local rules are to determine the shape of the exchanged message. In every situation analysis we will try to see the changes that need to be done in order to produce a correct letter in what concerns grammar, spelling, punctuation, but most of all, cultural aspects that need to be taken into account. We do not have the intention to describe the steps in editing a letter; our concern is to professionally translate it.

When it comes to translate them, things are not as easy as they may seem sometimes. One can think that translating a few lines can be a piece of cake. If we do not take into account all the differences that may appear when editing such a document, we will fail in transmitting the message of the sender.

Translation is not a process of simple linguistic unit shifts that can be obtained by possessing sufficient knowledge of the source language and the target language but rather the decisions in translation must be based on cultural elements underlying the linguistic support and on elements particular to the external context (situation-in-culture), to the participants to the translation situation, etc. Under these premises, it has been ascertained that the translator must be responsible professional, competent to tackle translation tasks in a more complex manner by considering transfer strategies and making decisions based on the extended context of translation.

A sender that in his language wrote it perfectly, taking into account all the rules that this kind of letter supposes may lose his credibility in the eyes of the receiver if the translator does not know the changes that are to be made in order to respect this “letter protocol”.

It is a case when the Functionalist Approach is more than obvious because the translation a business letter, as we will se through our paper, is in fact a transfer from a culture to another because it is all about respecting a protocol, the protocol of the target language with which the translator must be very familiar. 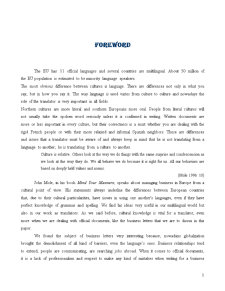 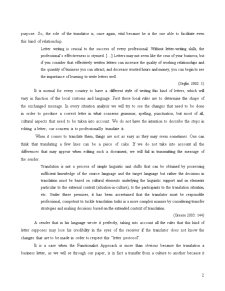 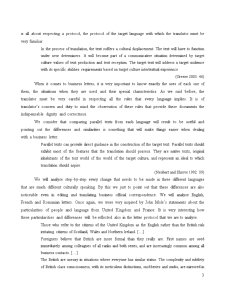 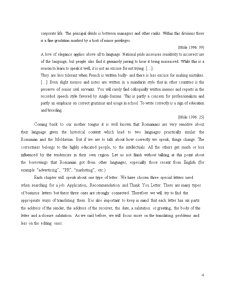 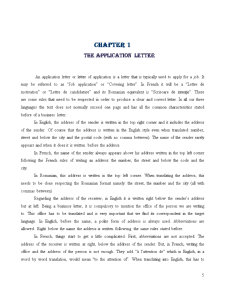 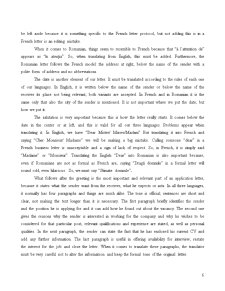 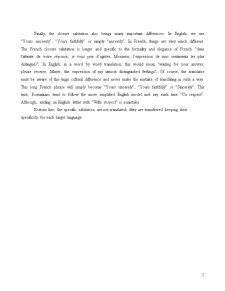 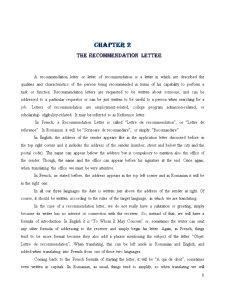 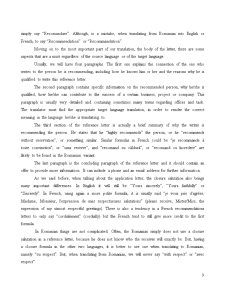 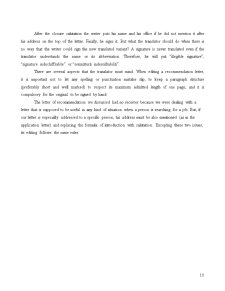 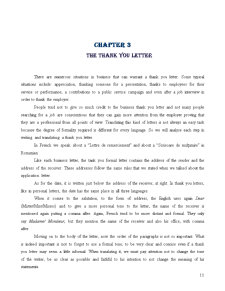 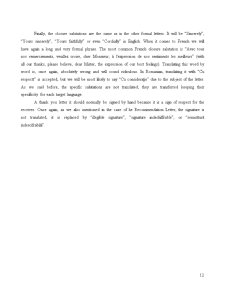 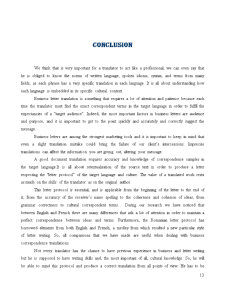 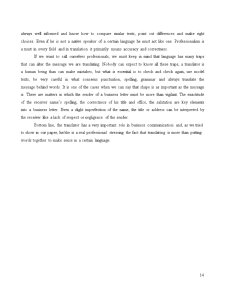 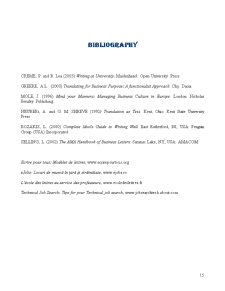 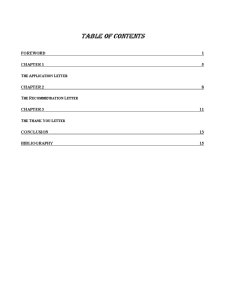 INTRODUCTION The Course Paper Lexical Problems in Technical Translation is devoted to highlight the continuing evolvement of the translation...

Proiect
Justification of The Paper

There are several reasons which have determined me to write about teaching creative writing and its applications in teaching. First of all,...