The purpose of the project is to build a relational model using Oracle SQL Developer.

The first step is to define the main entities and relationships that can be identified in a restaurant and the tool used in this phase is the ER diagram.

This one is the starting point to arrive to the restaurant management relational model.

The Entity-Relationship (E-R) schema is a conceptual model for data modeling. Reality is described and represented through entities and relationships.

An entity represents a class of tangible or intangible objects belonging to a given mini world that share characteristics in common.

Relationships are logical associations between entities.

To every relation it is associated a name and comes represented with a rhombus.

This allows us to distinguish entities into two categories: "strong" and "weak" entities.

The strong entities are those whose key is inner; therefore, it does not depend on that of no other entity of the model. On the contrary, the weak entities do not have attribute or group of candidate attributes like key and therefore they introduce an external identifier.

The cardinality of relations characterizes the participation of an entity instance in a relation. Cardinality is expressed as:

- 1:1 (one-to-one), every time one entity occurs, there is exactly one occurrence of another entity.

- 1: N (one to many), every time one entity occurs, there are multiple occurrences of another entity.

- N: N (many to many), to the relation they can participate, for one single occurrence of entity of one of the participating entities, several occurrences of the other entity and vice versa.

Between various entities a generalization can be defined; it is a hierarchy based on the concept of inheritance between entity father (E0) and entity daughters (E1, E2,...En). Daughter entities are specializations of the father entity and therefore present all the attributes of the father plus own attributes or relations. 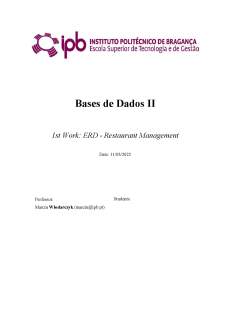 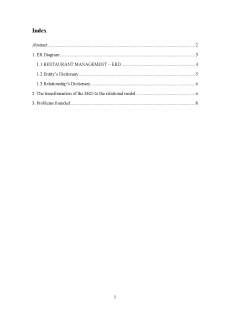 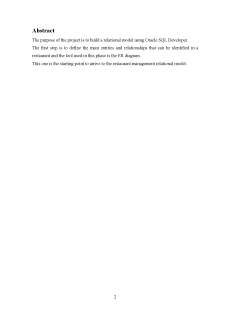 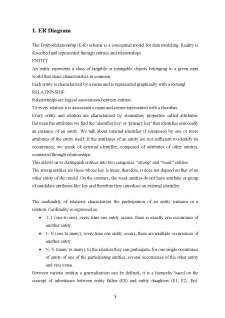 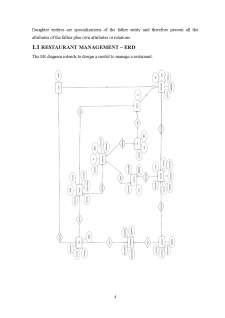 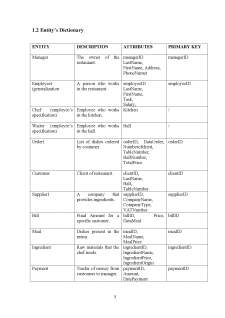 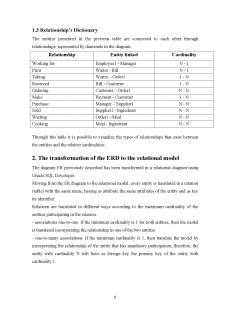 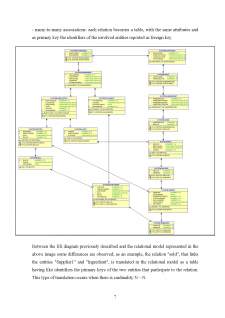 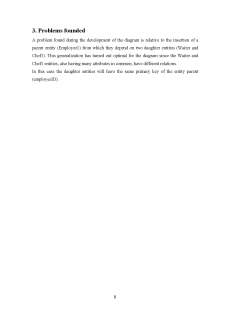