I have chosen to speak about those authors because they were a major shift in history, based on their poems, the followers completed their work. Their ideas are for me, a way of escaping modern society and retreat into isolation, going back to the original things.

The Historical climate in England was suitable for the development of such of movement. The resulting collapse of war industry, the returning veterans, the huge national debt added impetus to the cries for reform. The reign of George III (1760-1820) and William IV (1830-1837), a series of reform bills began to rectify some of the inequalities caused by the social and political upheavals. Almost all the Romantic writers were acutely aware of their environment and, therefore, deeply involved in its study and criticism. Their best work came out of their impulse to come to term with it. A conclusion about personal feelings became a conclusion about society and an observation of beauty carried a necessary moral reference to the whole life of man. The poet was a prophet leading masses in their fight against oppression and tyranny. His rebellious attitude urged people to unite their efforts in a common pursuit or liberty and independence.1

Many various work of art and literature is presented by romanticism. It shows how theme is really resourceful and multipurpose. Romanticism manages to changed beliefs, political, and ideal during the ages and got chance to be forgotten with the changing of time. Romanticism is found alluring by writes and artists. They able to express themselves and their work with prospects that could only be imagine by people in their dreams. In Romanticism the goal was to change the method of technique of literature and art, by which it can be easily perceive by the common person. By Romanticism different poet and artist were able to show different prospective of their work by using love of nature and common man, heroism, and emotions.

All the way from nineteenth century till today Romanticism is present in approximately every fictional works of several paintings, literature, and most likely all movies constantly made. Romanticism turns out to be the biggest asset for art and literature.

I. The Romantic Movement

The 19th century was heralded by a major shift in the conception and emphasis of literary art and, specifically, poetry. During the 18th century the catchphrase of literature and art was reason. Logic and rationality took precedence in any form of written expression. Ideas of validity and aesthetic beauty were centered around concepts such as the collective "we" and the eradication of passion in human behavior.

Romanticism (the Romantic Movement), a literary movement, and profound shift in sensibility, which took place in Britain and throughout Europe roughly between the year 1770 and 1848. Intellectually it marked a violent reaction to the Enlightenment. Politically it was inspired by the revolution in America and France and popular wars of independence in Poland, Spain, Greece, and elsewhere. Romanticism is a movement that emerged as a reaction against Neoclassicism, the age preceding the Romantic movement. The Neoclassical age was also called the 'The age of Enlightenment', which emphasized on reason and logic. The Romantic period wanted to break away from the traditions and conventions that were dear to the Neoclassical age and make way for individuality and experimentation. The Romantic movement is said to have emerged in Germany, which soon spread to England as well as France, however, the main source of inspiration for Romanticism came from the events and ideologies of the French Revolution. Other than this, even the industrial revolution which began during the same period is also said to be responsible for the development of Romanticism. Generally, it was delimited between the year 1778, in which William Wordsworth and Samuel Taylor Coleridge published their Lyrical Ballads, and the year 1832 when William Scott died. Recent studies included William Blake and Robert Burns among the Romantic poets, although they preceded them with a generation.

Romanticism represented the revolution in the European mind against thinking to terns of static mechanism and the redirection of the mind to thinking in terns of dynamic organism. Its value is change, imperfection, growth, creative imagination and the unconscious.

The history of Romantic poetry in English literature falls into two sections: in one a bold, original outlook is developed and practiced; in the other, it is criticized or exaggerated, or limited or, in the last resort, abandoned.

On the one hand, there is a straight line of development; on the other hand, there are variations and divagation and secession. But both section belong to a single movement which insisted on the imagination, but demanded that it should be related to truth and reality.

In it five major poets, Blake, Coleridge, Wordsworth, Shelly and Keats, despite many differences, agreed on one vital point: that the creative imagination is closely connected with a peculiar insight into an unseen order behind visible things.” 2

Emotionally romanticism expressed an extreme assertion of the self and the value of individual experience, together with the sense of the infinite and transcendental. Socially it championed progressive causes, though when these were frustrated it often produced a bitter, gloomy, and despairing outlook. The stylistic keynote of Romanticism is intensity, and its watchword is Imagination. The Romantic movement is content to play the natural beauty and idyllic countryside life, retreating into the dark world of medieval legends, such revolting against social and political conditions in England. The result will be that they will enjoy all the honors, becoming Poet Laureate.

The most important characteristics of romanticism are:

a) poetry is like science, a branch of knowledge : “poetry is the breath and finer spirit of all knowledge” (Preface to Lyrical Ballads); “It is at once the centre and circumference of knowledge; it is that which comprehends all science, and that to which all science must be referred. It is at the same time the root and blossom of all other systems of thought” (A Defense of Poetry). 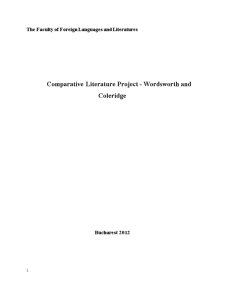 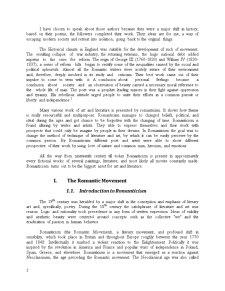 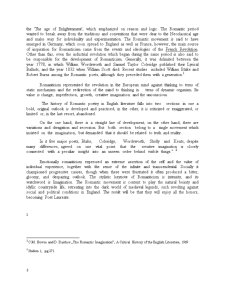 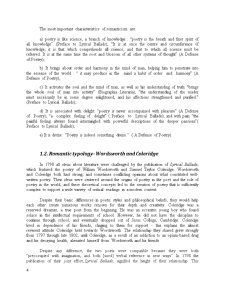 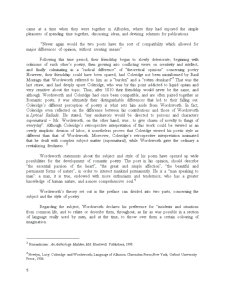 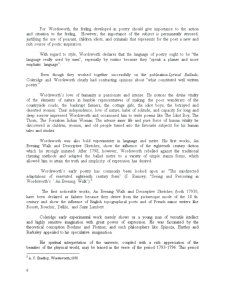 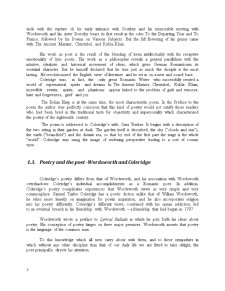 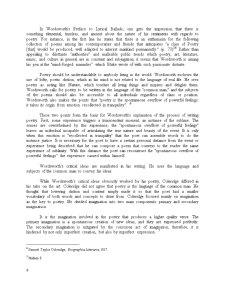 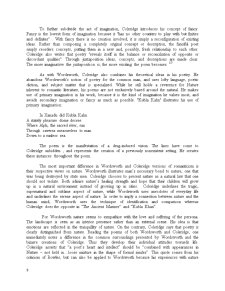 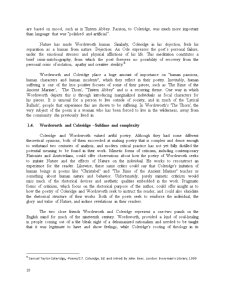 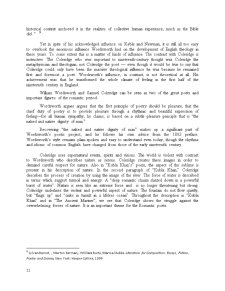 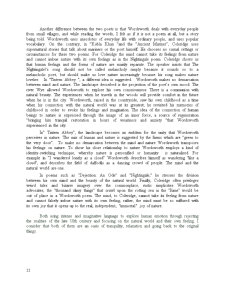 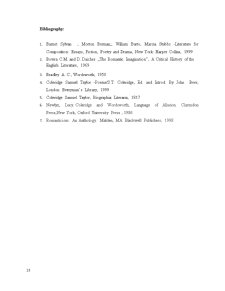 Proiect
The English Romantics and the Theme of Nature

CHAPTER I INTRODUCTION TO ROMANTICISM. THE ROMANTIC MOVEMENT IN ENGLAND Romanticism (the Romantic Movement), a literary movement, and profound...

Licență
The idea of beauty with the romantics

Introduction I think that Romanticism gave many good things over the years. The Romantics lived intensively, explored transcendental life, and...