Italy (Italian Italia), republic in southern Europe, bounded on the north by Switzerland and Austria; on the east by Slovenia and the Adriatic Sea; on the south by the Ionian Sea and the Mediterranean Sea; on the west by the Tyrrhenian Sea, the Ligurian Sea, and the Mediterranean Sea; and on the northwest by France. It comprises, in addition to the Italian mainland, the Mediterranean islands of Elba, Sardinia, and Sicily, and many lesser islands. Enclaves within mainland Italy are the independent countries of San Marino and Vatican City; the latter is a papal state mostly enclosed by Rome, the capital and largest city of Italy. The area of Italy is 301,323 sq km (116,341 sq mi).

More than half of Italy consists of the Italian Peninsula, a long projection of the continental mainland. Shaped much like a boot, the Italian Peninsula extends generally southeast into the Mediterranean Sea. From northwest to southeast, the country is about 1,145 km (about 710 mi) long; with the addition of the southern peninsular extremity, which extends north to south, it is about 1,360 km (about 845 mi) long. The maximum width of the mainland portion of Italy is about 610 km (about 380 mi) in the north; the maximum width of the peninsula is about 240 km (about 150 mi). On the northern frontiers are the Alps, which extend in a wide arc from Ventimiglia on the west to Gorizia on the east, and include high peaks such as Monte Cervino (4,478 m/14,692 ft) and Monte Rosa, which rises to its highest point (4,634 m/15,203 ft) in Switzerland just west of the border. The highest point in Italy is near the summit of Mont Blanc (Monte Bianco), on the border of Italy, France, and Switzerland; the peak, located in France, is 4,807 m (15,771 ft). Between the Alps and the Apennines, which form the backbone of the Italian Peninsula, spreads the broad Plain of Lombardy, comprising the valley of the Po River. The northern Apennines project from the Maritime Alps along the Gulf of Genoa to the sources of the Tiber River. Monte Cimone (2,163 m/7,097 ft) is the highest summit of the northern Apennines. The central Apennines, beginning at the source of the Tiber, consist of several chains. In the eastern portion of this rugged mountain district is Monte Corno (2,912 m/9,554 ft), the highest Apennine peak. The southern Apennines stretch southeast from the valley of the Sangro River to the coast of the Gulf of Taranto, where they assume a more southerly direction. High peaks of the Apennine ranges of the Calabrian Peninsula, as the southern extremity of the Italian Peninsula is known, include Botte Donato (1,929 m/6,329 ft) and Montalto (1,957 m/6,422 ft). The Apennines form the watershed of the Italian Peninsula. The main uplifts are bordered by less elevated districts, known collectively as the sub-Apennine region.

Only about one-third of the total land surface of Italy is made of plains, of which the greatest single tract is the Plain of Lombardy. The coast of Italy along the northern Adriatic Sea is low and sandy, bordered by shallow waters and, except at Venice, not readily accessible to oceangoing vessels. From a point near Rimini southward, the eastern coast of the peninsula is fringed by spurs of the Apennines. Along the middle of the western coast, however, are three stretches of low and marshy land, the Campagna di Roma, the Pontine Marshes, and the Maremma.Shaped much like a boot, the Italian Peninsula extends generally southeast into the Mediterranean Sea.

The western coast of Italy is broken up by bays, gulfs, and other indentations, which provide a number of natural anchorages. In the northwest is the Gulf of Genoa, the harbor of the important commercial city of Genoa. Naples, another leading western coast port, is situated on the beautiful Bay of Naples, dominated by the volcano Mount Vesuvius. A little farther south is the Gulf of Salerno, at the head of which stands the port of Salerno. The southeastern end of the peninsula is deeply indented by the Gulf of Taranto, which divides the so-called heel of Italy (ancient Calabria) from the toe (modern Calabria). The Apennine range continues beneath the narrow Strait of Messina and traverses the island of Sicily, where the volcano Mount Etna, 3,323 m (10,902 ft) high, is located. Another active volcano rises on Stromboli, one of the Lipari Islands (Isole Eolie), northwest of the Strait of Messina. In addition to volcanic activity, Italy is also plagued by frequent minor earthquakes, especially in the southern regions. 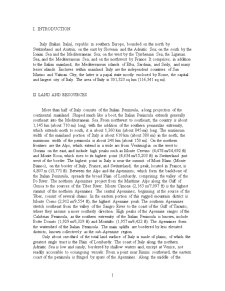 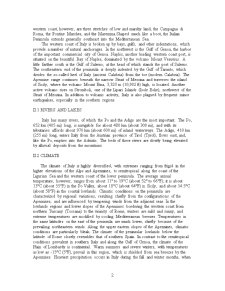 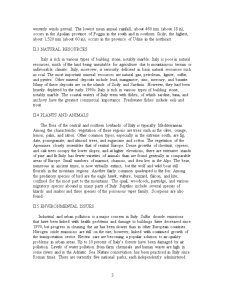 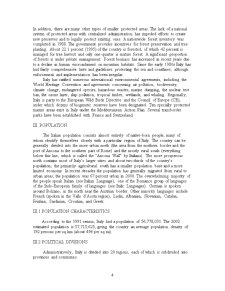 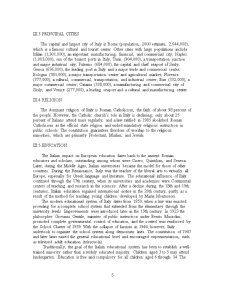 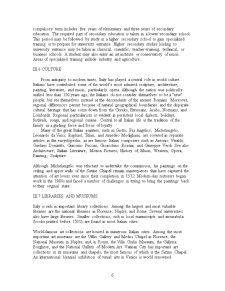 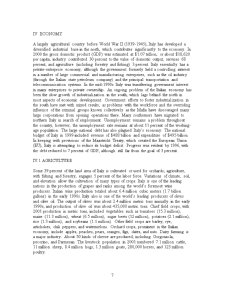 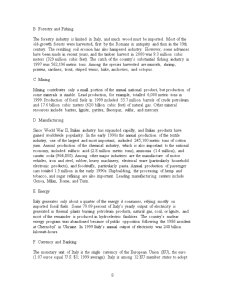 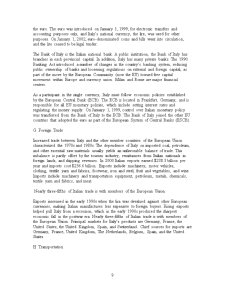 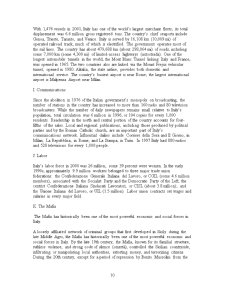 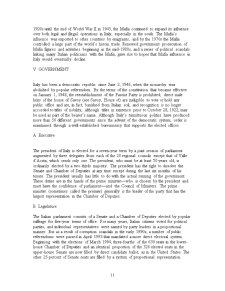 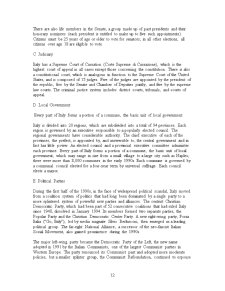 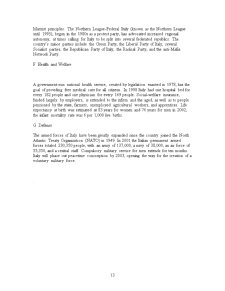 Greece is a country located at the southern end of the Balkan Peninsula in southeastern Europe. It is a developed country with advanced economy...

Introduction The aim of this dissertation paper is to depict and analyze the differences and similarities between the accounting treatments...

Licență
The Relations Between European Union and Libya

I.1 General Context Libya, like so many Third World countries, is still struggling with its past. Its new leaders are constantly emulating its old...

CHAPTER I: FOREWORD Europe is the most fascinated continent, with a very old and rich culture which, by no means, was a great influence for all...

AUSTRIA Marriage and Family Couples often decide to live together before or instead of marriage. Many people marry in church, but a civil...