It is higly recommanded to contact the janitor of the chalet or someone from the Mountain-rescuers, prior to begin a route.

The tourism signes in the mountainous area are separated in four categories (triangle, circle or point, ribbon and cross) and in three colours (red, yellow and blue). To be recognized, all the tourism signes have an white outline.

Try to avoid the routes without signes. If you chose such a route is better to be accompanied by someone who knows the area.

The daily duration of the trips varies from two to eight-ten hours, according to the difficulty degree of the massif and the area. The difficulty degree of these routes are also different, and it is advisable to have the newest info on the routes. Among the most dangerous and hard routes are considered those from Rodna, Bucegi, Piatra Craiului, Parang, Retezat. The routes in Ceahlau, Ciucas, Harghita, Trascau or Bihor Vladeasa are easier, but among them can be found some difficult routes. 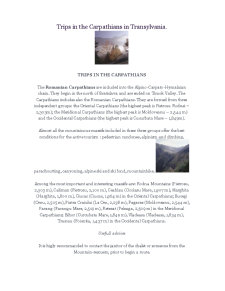 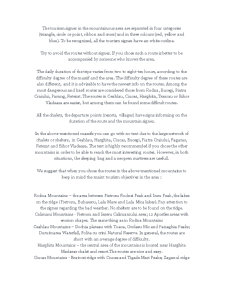 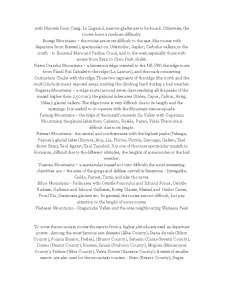 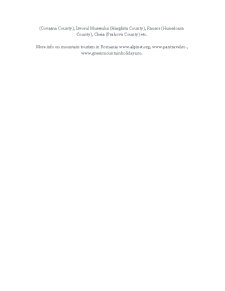 CAIRO 1.About Cairo CAIRO is the capital of Egypt and the largest city in the Arab world and Africa, and the 16th largest metropolitan area in...

Once you have arrived in London, there are assorted places that you should, you really should, go and see. A good starting place is Trafalgar...