PRESENTATION: The Danube, springs from Germany and it gathers all the tributary streams from 10 countries and crosses 4 capital cities. After covering 2860 km and before following into the Black Sea, it forms a delta. Related to the surface of Romania, the Danube Delta is situated in the Southeastern part of the country, it has the shape of the Greek letter "delta" and it is bordered in the Southwestern part by Dobrogea Plateau, in the Northern part by the Ukrainian border and in the Eastern part by the Black Sea.

The Danube Delta is crossed by the parallel latitude of 45º North and by the meridian longitude of 29ºEast.

Its surface, together with the complex of lagoons Razim-Sinoe measures 5050 km²; from which 732 km² belong to Ukraine. Delta alone has a surface of 2540 km² and this surface increases every year with 40 m because of the 67 million tones of alluvial deposits brought by the river.

CLIMATE:It is the region with the shortest winter. Against a background of temperate climate, the Danube Delta is situated in an arid area with winds from the North and North-East. You can feel the Pontic influences, the cold and wet air from the West.

The annual average temperature is over 11 degrees, the hot summers with 22-23 degrees and the winters with blizzards and temperatures under 0 degrees for about 20 days.

PEOPLE: Delta's inhabitants have a way of life that has not changed for centuries. The human discreet implantation permitted the survival of delta's amazing ecosystems. The large surface of the water explains the small number of inhabitants, around 22.000, although the natural growth is a lot over the country average, 7-8‰. The territorial mobility knows permanent and temporary shifting when the population goes to work or to school. Delta's inhabitants can be grouped in 15 rural places and 2 towns: Tulcea and Sulina. One of the most common sights is a long line of fishing boats strung together to be towed by motorboat to remote fishing grounds. Smaller communities, such as Independenta of the southern arm and Crisan on the middle arm, rent out the services of a fisherman and his boat to foreigners. The waters here are particularly rich in catfish, perch, carp, and daviar- bearing sturgeon.

TURISM: The touristic pension offers you unforgettable hollidays in the wild paradise of The Danube Delta

Tourism, which boasts original attractions specific to the season, is greatly favoured by the picturesque landscape. In 1990 UNESCO included the Danube Delta among the biosphere reserves. The main town of the Danube Delta is Tulcea 277 km (172 mi) northeast of Bucharest. Tulcea is the gateway to the splendors of the region. Built on seven hills and influenced by Turkish styles, this former market town is now an important sea and river port, as well as the center of the Romanian fish industry. As a point of touristic interest we indicate the Danube Delta Museum that provides a good introduction to the communities in the area., 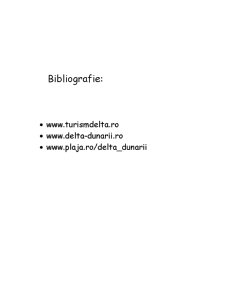 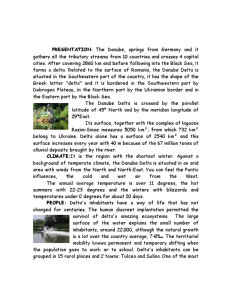 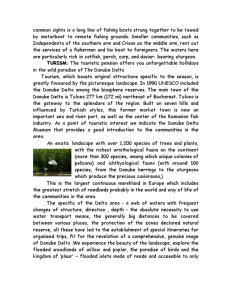 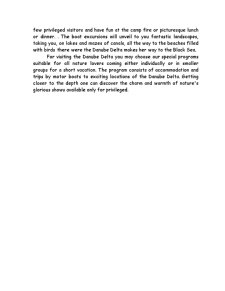 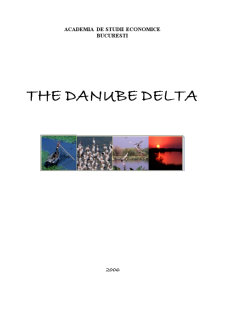 CAIRO 1.About Cairo CAIRO is the capital of Egypt and the largest city in the Arab world and Africa, and the 16th largest metropolitan area in...

Constituted as a real outpost for the whole touristic activity in the northern part of Moldavia and Bucovina, the Touristic Complex "HANUL GHIOCEL"...

Tourism and the environment have a very multifaceted relationship. The idea of tourism is based almost completely on mans desire to get out and...