Transylvania, with its name coming from Latin – ultra silvam (beyond the forest), is one of the most interesting and surprising regions of Romania. Its German, Hungarian and Romanian cultural traditions play a great role in its cultural and ethnic diversity. The Transylvanian plateau is surrounded by mountain peaks and drained by sparkling rivers which makes it both a pleasant place for a relaxing holiday with a landscape pleasing to the eye and an exciting place for adventure-seeking travelers.

The UNESCO world cultural heritage includes 7 types of monuments and cultural objectives in Romania, all of which are considered great tourist attractions. The UNESCO list features 8 churches and monasteries from Bukovina, 8 wooden churches from Maramures, 5 Dacian citadels in the Orastie Mountains, the Hurezi monastery in the southern region of Oltenia, the Sighisoara mediaeval citadel, the Danube Delta biosphere reserve and the Saxon fortified villages and churches in Transylvania.

The Saxon villages in Transylvania are specific to the first centuries of the 2nd millennium. Houses were built in the region, which was at that time a border area, by settlers who came especially from Saxony. As they had to face Turkish and Tartar invasions, the central settlement areas which also contained the church, were fortified with defensive walls. The church was the only building large enough to host the entire village population. Consequently, Saxon churches were transformed to serve as the places where last-stands could be made in the event of an attack. There were many ways of fortifying Saxon churches, so it’s not possible to talk about a certain architectural style, but rather about a style specific to each local community. That is why Saxon sites in Transylvania now represent architectural monuments, unique in Europe for their complex role, encompassing the civic, the religious and the military.

There are more than 100 such monuments, but only 7 are UNESCO-listed: Biertan, Calnic, Darjiu, Prejmer, Saschiz, Valea Viilor, and Viscri, all located in the county of Brasov and neighbouring counties like Sibiu, Harghita and Alba.

1. The fortified Church of Biertan

The fortified Church of Biertan was the Evangelic Episcopal See for 300 years (1572 – 1867), and the religious centre for the Saxons in Transylvania. In 1993 it was included in the UNESCO world patrimony, being considered the most valuable of the seven Saxon attraction points included on that list.

Built between the 15th and 16th century, in Gothic style and with Renaissance influences, this monument is the one that keeps best its initial aspect. The total surface of the complex covers almost 1 hectare. The church is 45.15 meters long, 22.7 meters broad and 16 meters high.

The main construction is represented by a hall church with three cellas arched in network. The altar is sculptured in wood, and it has 24 icons presenting biblical scenes. The main painting represents the Crucifixion of Christ and Virgin Mary and Mary Magdalene embracing the Cross.

The Pulpit is sculptured out of a stone block, and impresses by its paintings, also representing biblical characters. Since the 16th century, it has housed many organs; the last one, dating from 1869, is a 1290 tubes organ designed by Hessian Company in Vienna. Another tourist attraction is the door of the vestry, built in 1515, which has 19 bolts and was awarded at the World Exhibition of Paris in 1900. In time of war, the thesaurus of the church and that of the village was kept in the vestry, and that is the reason why the door was well secured. 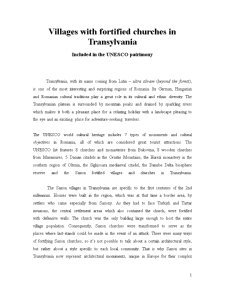 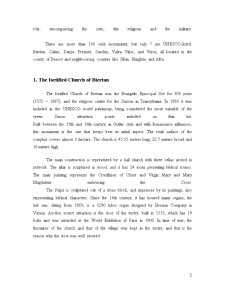 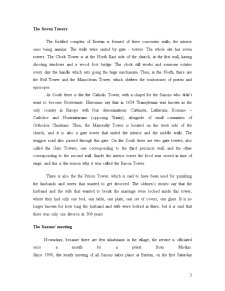 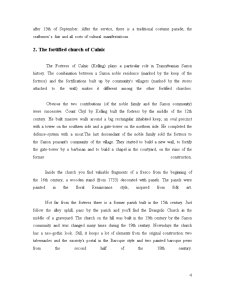 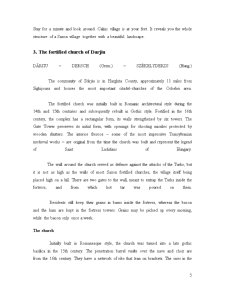 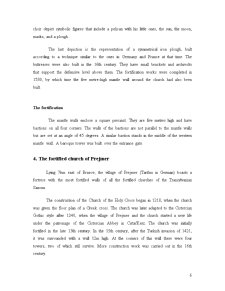 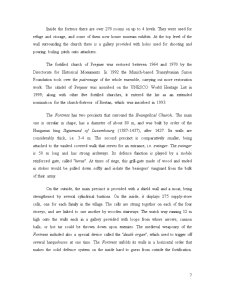 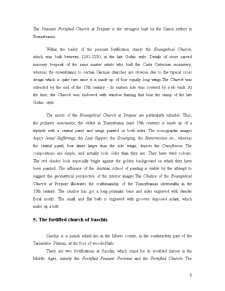 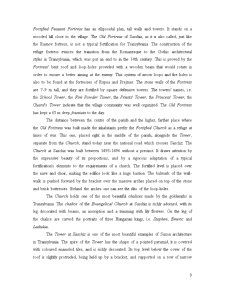 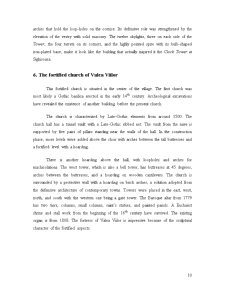 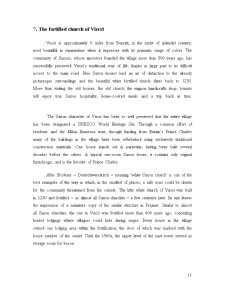 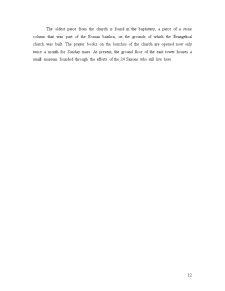 Referat
Life Between Success and Failure

You are precisely where you are in life today for one reason and one reason only. The choices you have made. It's not your circumstances that...

'Cultural tourism' (or culture tourism) is the subset of tourism concerned with a country or region's culture, especially its arts. It generally...

Transylvania is a historical autonomous region on the west side of present day Romania. Bounded on the east and south by its natural borders, the...

I. Location Transylvania is a historical region in the central part of Romania. Bounded on the east and south by the Carpathian mountain range,...