Definition of Bilingualism and bilinguals 2

Advantages of being bilingual 9

In 1922, in “Tractatus Logico-Philosophicus,” the philosopher Ludwig Wittgenstein wrote, “The limits of my language mean the limits of my world.” The words that we have at our disposal affect what we see—and the more words there are, the better our perception. When we learn to speak a different language, we learn to see a bigger world.

Contrary to what is often believed, most of the world's population is bilingual or multilingual. Just a minority of the world's peoples is monolingual. The Professor Emeritus François Grosjean wrote in one of his book “Bilingualism is present in practically every country of the world, in all classes of society, and in all age groups. In fact it is difficult to find a society that is genuinely monolingual”. Even in countries with many monolinguals, the percentage of bilinguals is high. For example, one can estimate that there are as many as 50 million bilinguals in the United States today.

Taking into account the importance and actuality of the topic “Bilingualism and Bilinguals”, I chose to make my individual work about this phenomenon. I think that the most interesting parts of this topic are those related to the attitudes towards bilingualism and the process itself. That's why, mainly, I will speak about the advantages and disadvantages of being a bilingual, the bilingual behaviour and some misconceptions about it.

Moreover, throughout my report I am going to underline that bilingualism is a personal enrichment and a passport to other cultures. It certainly allows you to say more than "merci beaucoup" when interacting with someone of another language. One never regrets knowing several languages but one can certainly regret not knowing enough.

Definition of Bilingualism and bilinguals

The question of how to define bilingualism has engaged researchers for a very long time. According to “A glossary of sociolinguistics” by Peter Trudgill, bilingualism is the ability of an individual to speak two or more languages. In the usage of some writers, bilingualism refers only to individuals who have native command of more than one language. Other writers use the term to refer to any speaker who has a reasonable degree of competence in a language other than their mother tongue. Sociolinguists are agreed that bilingualism is so wide-spread in the world that there are probably more people in the world who are bilingual, at least in the second sense, than there are monolinguals. Many sociolinguists use the term bilingualism to refer to individuals, even if they are trilingual, quadrilingual etc. and reserve the term multilingualism for nations or societies, even if only two languages are involved.

People used to be considered bilingual if they were fluent speakers of both languages, with equal abilities in each; however, in reality this is hardly ever the case. A more current definition encompasses the following:

- the ability to produce meaningful utterances in two (or more) languages,

- the command of at least one language skill (reading, writing, speaking, listening) in another language,

- the alternate use of several languages.

According to François Grosjean, researchers currently view the bilingual not as the sum of two complete or incomplete monolinguals, but rather as a specific and fully competent speaker-hearer who has developed a communicative competence that is equal, but different in nature, to that of the monolingual. From the perspective of this framework, a bilingual individual is not necessarily an individual with native competence in two languages. Some bilinguals possess very high levels of proficiency in both languages in the written and the oral modes. Others display varying proficiencies in comprehension and/or speaking skills depending on the immediate area of experience in which they are called upon to use their two languages.

The phenomenon of bilingualism is the prime example of language contact, for the two languages are in contact in the bilingual. This contact can lead to interference, which occurs in a case where a speaker consciously or unintentionally brings in pronunciation, sentence formation and vocabulary of the source language while using a target language. A compound bilingual who has learned the meaning of words in another language by attaching them to the words of his or her first language demonstrates semantic interference. There can be interference in all aspects of languages from sound systems (having an accent) to conversational rules (interrupting or saying please-poftim), especially when the two languages are closer in their phonological, syntactic and morphological features. In this way, there are several types of bilingual behavior: code-switching, code mixing, language shift, language loyalty and language revival.

1. Yudhijit Bhattacharjee. Why Bilinguals Are Smarter. In The New York Times. [MARCH 17, 2012] Available on the website:

2. Maria Konnikova. Is Bilingualism Really an Advantage? In The New Yorker. [January 22, 2015]. Available on the website:

3. Torri Myler. Key Advantages and Disadvantages of Being Bilingual. On Omniglot. Available on the website:

4. No author. Language shift. On Wikipedia.[August 2011] Available on the website:

5. François Grosjean. Myths about bilingualism. Available on the website: 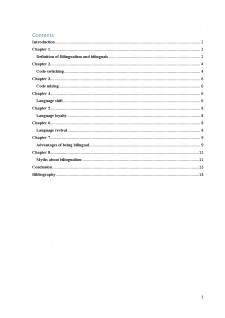 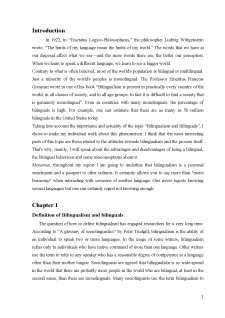 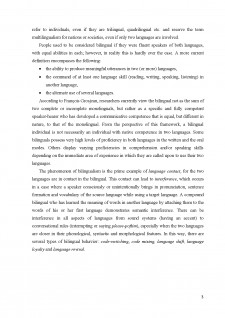 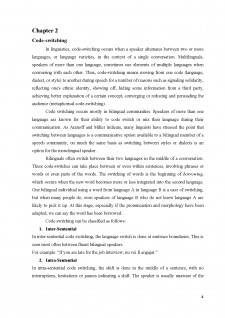 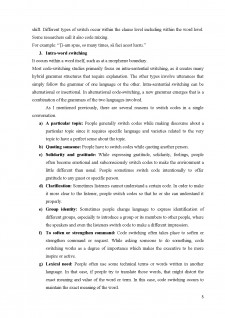 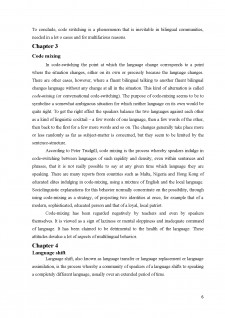 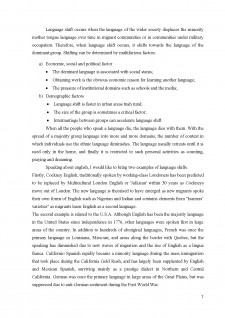 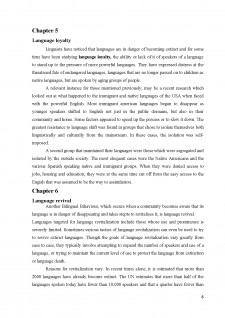 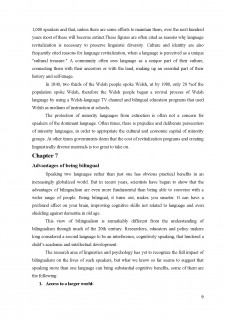 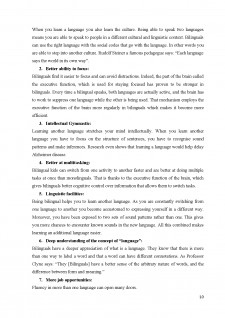 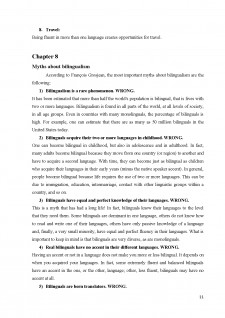 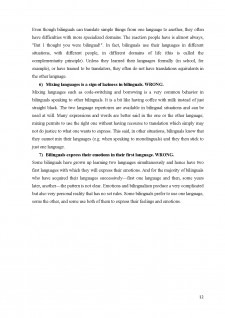 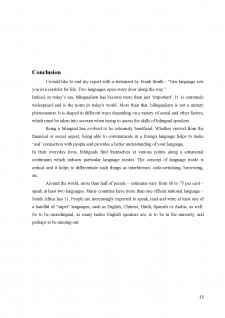 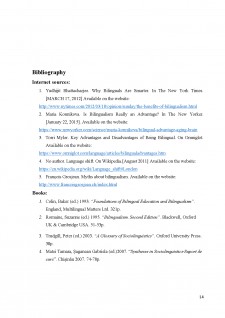 Henry James, The Portrait of a Lady 1.Consider the way in which, on a small scale, the excerpt develops the broader preoccupation of the novel...

The Mexican holiday of Día de los Muertos, or Day of the Dead, takes place over the first two days of November. Its origins are a Learn more about...