Neuro-linguistic programming (NLP) is a set of techniques, axioms and beliefs, that adherents use primarily as an approach to personal development. NLP was influenced by the ideas of the New Age era as well as beliefs in human potential. The initial ideas of NLP were developed around 1973 by Richard Bandler, a student, and John Grinder, a professor of linguistics, in association with the social scientist Gregory Bateson. The term "Neuro-linguistic programming" denotes a set of models and principles meant to explore how mind and neurology (neuro), language patterns (linguistic), and the organization of human perception and cognition into systemic patterns (programming) interact to create subjective reality and human behaviors.

NLP practitioners believe that our subjective reality drives beliefs, perceptions and behaviors, and that therefore behavior change, transforming beliefs, and treatment of traumas is possible.[1][2][3] Techniques based upon language patterns and body language cues derived from the observations of several therapists[1] were described by the original developers as "therapeutic magic," with NLP itself described as 'the study of the structure of subjective experience".[4][5] They are predicated upon the principle that all behaviors (whether functional or dysfunctional) are not random, but have a structure which can be understood.[3][6]

Though NLP is currently promoted within psychotherapy associations,[7][8] it is criticized as pseudoscientific[9] and for involving exaggerated claims, unethical practices,[10] and mass-marketed psychobabble.[11] NLP is considered by scientists as fraudulent, and as a dubious therapy.[12][13] Beyerstein, Lilienfeld[7] and Eisner report that there is concern about NLP contributing to the spread of misconceptions about the mind and brain and NLP techniques being potentially harmful, and are concerned over government and business organizations and the public being duped into adopting NLP.

Neuro-linguistic programming was co-founded and developed jointly by Richard Bandler and John Grinder under the tutelage of noted anthropologist Gregory Bateson, at the University of California, Santa Cruz, during the 1960s and 1970s. At that time the Californian human potential seminars were developing into a viable industry. Alfred Korzybski had influenced Gregory Bateson and several schools of thought, including those at Esalen in California, most notably, the map is not the territory and ideas about human modeling that were adopted by Bandler and Grinder[3]. Starting in 1972, the co-founders of NLP had an interest the exceptional communications skills of gestalt therapist Fritz Perls, family therapist Virginia Satir and founding president of the American Society for Clinical Hypnosis, Milton H. Erickson. Subsequently Structure of Magic Series (1975) and Patterns of Milton H. Erickson (1976, 1977) were published using those therapists as models. In the late 1970s, Leslie Cameron-Bandler, Judith DeLozier, Robert Dilts, and David Gordon worked with the co-founders and separately to contribution to the development of NLP.

Origins of the name

To meet Wikipedia's quality standards, this section may require cleanup.

Please discuss this issue on the talk page, and/or replace this tag with a more specific message. Editing help is available.

This section has been tagged since November 2006.

The developers of NLP, Bandler and Grinder, explain NLP follows Korzybski's ideas; that our maps of the world are distorted representations due to neurological functioning and constraints. ([1] p12). “Information about the world arrives at the receptors of the 5 senses and is then subjected to various neurological transforms (F1) and linguistic transforms (F2) even before our first access to the information, meaning we never experience an objective reality that hasn't been shaped by our language and neurology. (Grinder, 2001, Pgs 127, 171, 222)[24]

In the book "Crazy Therapies", Singer et al state that 'Bandler says the name NLP was “phrased on the fly from several book titles on the floor of his car one night when a policeman asked his occupation.”'[14]

To meet Wikipedia's quality standards, this section may require cleanup.

Please discuss this issue on the talk page, and/or replace this tag with a more specific message. Editing help is available.

This section has been tagged since November 2006.

While the NLP community has become splintered most NLP material acknowledges the early work of the co-founders, Bandler and Grinder, the development group that surrounded them in the 1970s. Bandler and Grinder took an immersion approach to learning, and would step into the shoes of successful people in order to learn how they did what they did. They would imitate these people, without an initial concern for understanding. This concept was carried through into their changework. Their first published model in 1975, the meta model was an approach to change based on responding to the syntactic elements in a client's language which gave them information about the limits to their model of the world. Gregory Bateson, who wrote the foreword for the first book on NLP, was impressed with the early work in NLP, and introduced the co-founders to Milton Erickson. Bateson became quite influential in the development of the people behind NLP, and providing many of the intellectual foundations for the field. The pair then became immersed in the world of Milton H. Erickson and were given full access to his work, they developed and published the Milton model based on Erickson's hypnotic language, therapeutic metaphors and other behavioral patterns such as pacing and leading in to build rapport. [15] 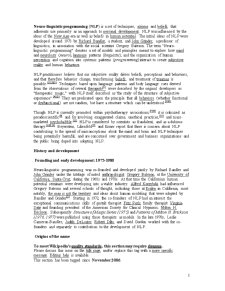 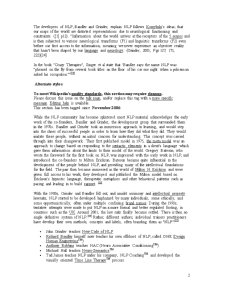 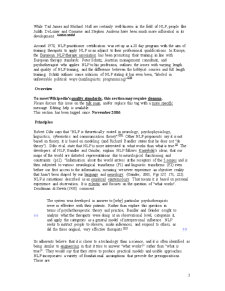 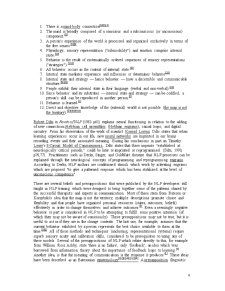 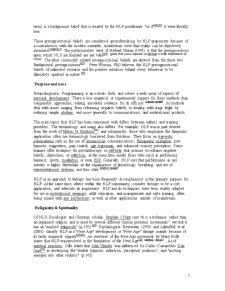 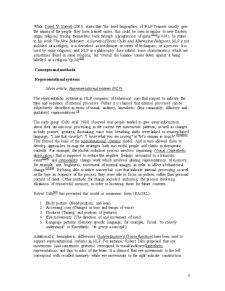 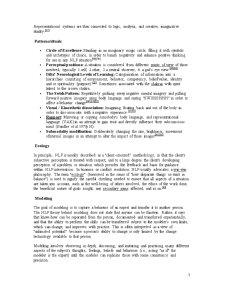 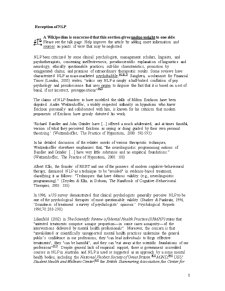 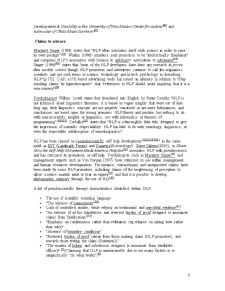 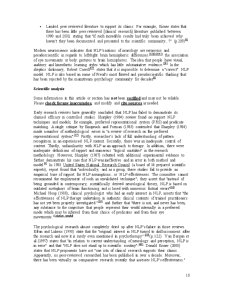 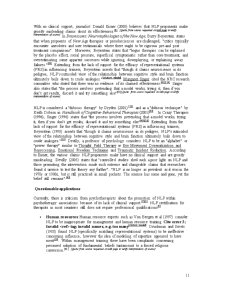 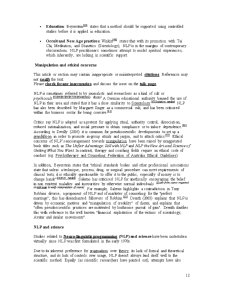 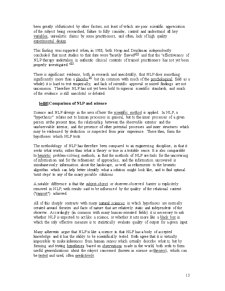 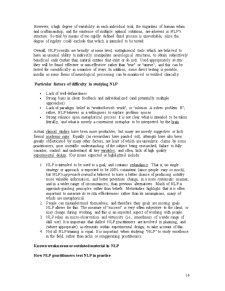 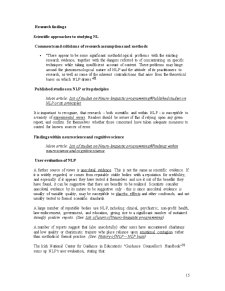 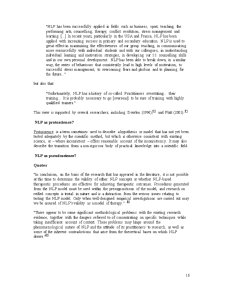 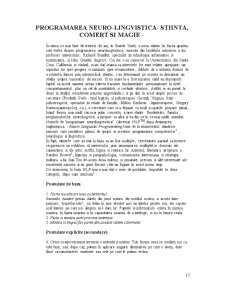 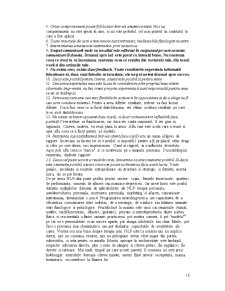 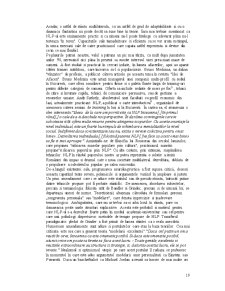 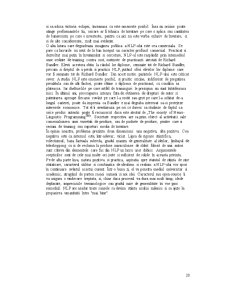