The report studies the ignition time for wooden solids. The ignition time is measured with a cone calorimeter, which uses radiant heat to ignite the test samples. Four different wood samples were tested under five different heat fluxes - 10, 15, 20, 30, 50 kW/m2. Material 1 and 2 behaved the same way throughout the experiments, with only the pre-ignition time as a difference. Material 3 has a laminate finish which traps the flammable volatile gasses inside, this delays the ignition time. Material 4 had the fastest delay time and the lowest critical heat flux, which means that the material performs worst in a fire safety perspective.

The purpose of this experiment is to quantify the ignitability of solids by pilot ignition in a cone calorimeter. The ignited materials are a range of different wood building materials - three types of fiberboard and one laminated plywood. The differences between the fiberboards are the thickness and the density. The cone calorimeter is chosen for this experiment because it is possible to assess the building materials as they appear in buildings.

Ignition of a solid by radiation heat has three phases. The phases are shown in Figure 1. The solid is exposed to radiation heat, which warms the surface exponentially. This phase is called the pre-heating phase (phase 1) (Torero & Simeoni, 2010). When temperature (????????1) is reached, the second phase begins and pyrolysis starts and also called the mixing phase. Pyrolysis is a chemical decomposition, where flammable volatiles are released from the main body. This can be observed as smoke. (Drysdale, 2011)The flammable volatiles are mixing with the surrounding air and when the concentration of volatiles is large enough the ignition will take place. After ignition the third phase (induction time) occurs, where the flame develops under sustainable conditions. Side 1 af 11

Ignition can be divided into two types - Piloted and spontaneous. Spontaneous ignition happens naturally (e.g. without ignition aid). The surface temperature and the concentration of volatile compounds have to be high enough to self-ignite. The surface temperature for this ignition is higher than the one for piloted ignition. Piloted ignition is ignition with an ignition aid (e.g. electric spark or small flame). The cone calorimeter uses an electric spark; this lowers the needed temperature and the concentration of volatile compounds in the immediate surroundings. Furthermore a flashpoint for the piloted ignition can be observed before the surroundings become a sustainable environment for the flame. A flashpoint is when the pilot ignites the flammable volatile molecules for a split second, but the concentration is not high enough to sustain the flame for a longer period of time. (Drysdale, 2011)

The cone calorimeter uses radiant heat to ignite the samples. To avoid the edges to catch on fire first the sample is enclosed in a steel frame, that ensures ignition of the surface. Since the cone calorimeter uses a pilot ignitor flashpoints will happen during the tests. It is important to distinguish between a flashpoint and the firepoint. This is easily check by a quick removal of the pilot ignitor, if the flame persists sustainable conditions were created and the true firepoint is found. 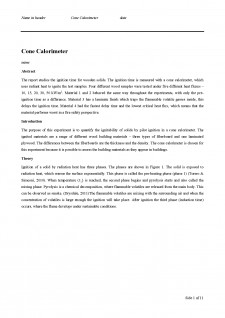 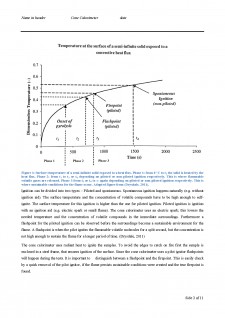 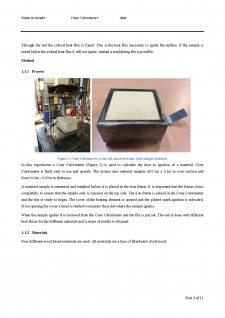 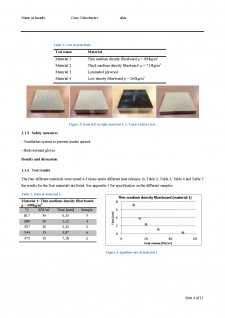 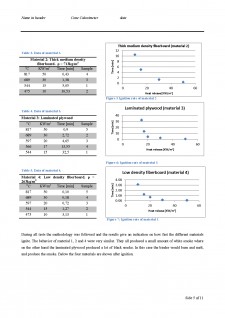 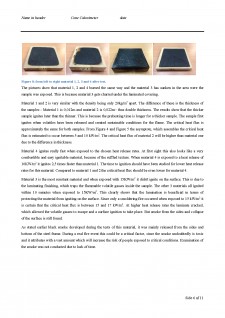 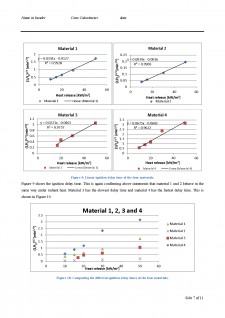 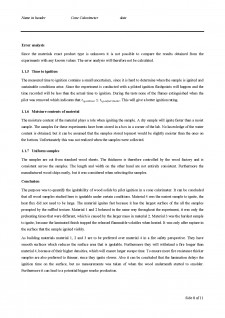 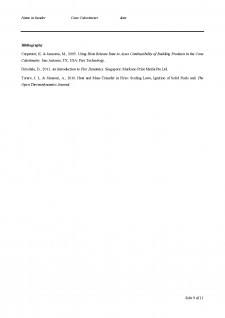 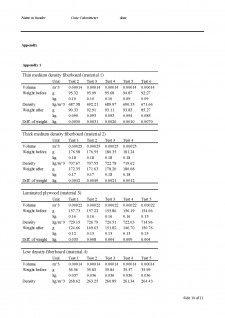 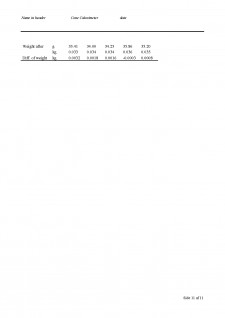