Contemporary climate change includes both the global warming caused by humans, and its impacts on Earth's weather patterns. There have been previous periods of climate change, but the current changes are more rapid than any known events in Earth's history.

The main cause is the emission of greenhouse gases, mostly carbon dioxide (CO

and methane. Burning fossil fuels for energy use creates most of these emissions. Agriculture, steelmaking, cement production, and forest loss are additional sources. Temperature rise is also affected by climate feedbacks such as the loss of sunlight-reflecting snow cover, and the release of carbon dioxide from drought-stricken forests. Collectively, these amplify global warming.

Before the 1980s, it was unclear whether warming by greenhouse gases would dominate aerosol-induced cooling. Scientists then often used the term inadvertent climate modification to refer to the human impact on the climate. In the 1980s, the terms global warming and climate change were popularised. The former refers only to increased surface warming, the latter describes the full effect of greenhouse gases on the climate. Global warming became the most popular term after NASA climate scientist James Hansen used it in his 1988 testimony in the U.S. Senate. In the 2000s, the term climate change increased in popularity. Global warming usually refers to human-induced warming of the Earth system, whereas climate change can refer to natural or anthropogenic change. The two terms are often used interchangeably.

Various scientists, politicians and media figures have adopted the terms climate crisis or climate emergency to talk about climate change, and global heating instead of global warming. The policy editor-in-chief of The Guardian said they included this language in their editorial guidelines "to ensure that we are being scientifically precise, while also communicating clearly with readers on this very important issue". In 2019, Oxford Languages chose climate emergency as its word of the year, defining it as "a situation in which urgent action is required to reduce or halt climate change and avoid potentially irreversible environmental damage resulting from it".

Climate change is a global challenge that requires a responsible approach and concrete action at the global, regional, national and local levels. The 1992 U.N. Framework Convention on Climate Change (UNFCCC) is the fundamental instrument for managing this issue (ratified by Romania by Law No. 24/1994).

The average global temperature has risen by 0.74 ° C in the last century. Scientists say this is the most upward trend in the history of the planet. Current forecasts show that the trend will continue and accelerate. The most optimistic estimates indicate that the Earth could warm up over the course of the century 21 with 3° C.

The latest report prepared this year by the Intergovernmental Panel on Climate Change, the IPCC has clarified many issues. Climate change is already having a significant impact on parts of the world and especially on developing countries and most ecosystems. This will prevent developing countries from meeting their Millennium Development Goals. However, the report shows that there are solutions to temper the current situation. Economic assessments indicate that the flight of liability has costs that will exceed several times the cost of prevention actions. Addressing climate change is an economic necessity and is intended to avoid significant damage to the global and national economy and social activities.

The latest assessments by the Intergovernmental Panel on Climate Change:

- the average temperature rises by about 3 ° C this century

- in the last 100 years, the Earth has undergone a warming of 0.7 ° C and the increase being more pronounced in the last 50 years, the Arctic temperatures have risen twice as much. 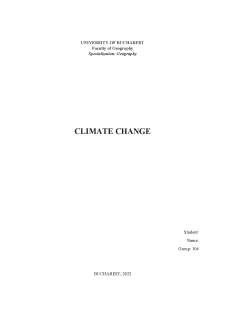 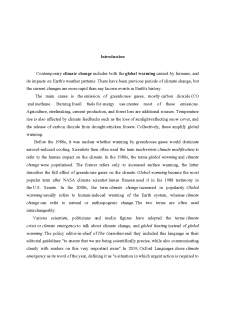 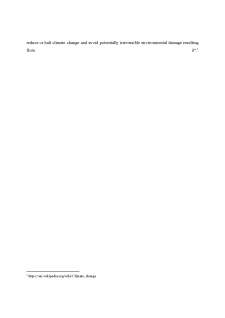 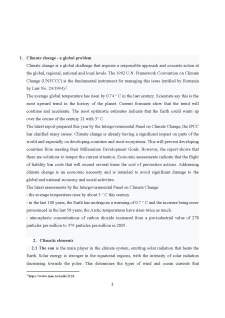 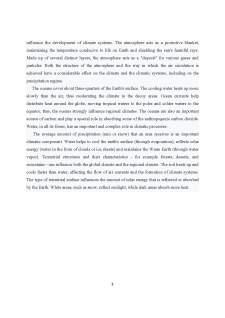 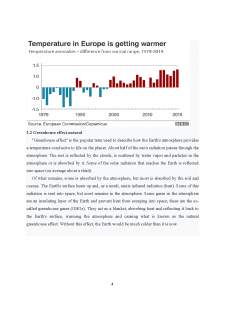 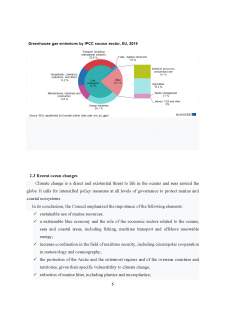 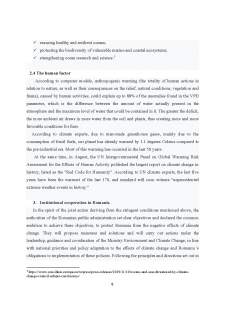 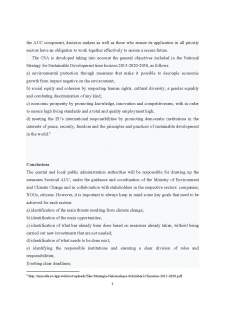 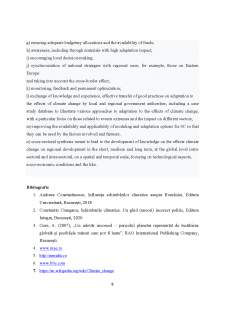 Referat
Risk Management - A Science Or An Art

Strategies for identifying and measuring risk can help treasury personnel develop a sound diversification policy Before a risk profile can be...

Précis I have chosen this topic as I am really interested in the environmental issues and I also think that protecting our planet must be one of...