Unipolarity in international politics is the distribution of power in which one state exercises most of the cultural, economic, and military influence. A hegemon has the opportunity to shape the international system in according to its political values and interests, but it also has to manage the system and to tackle international crisis. However, in time political rivals may rise and challenge the order promoted by the hegemon.

After the fall of the USSR at the end of 1991, America was offered a historical chance to impose itself as the world’s only superpower. In Krauthammer terms, “American preeminence is based on the fact that it is the only country with the military, diplomatic, political and economic assets to be a decisive player in any conflict whatever part of the world it chooses to involve itself”. It is the combination of all four that makes America the only comprehensive global superpower. New enemies were identified, and new strategies have to be applied. The new dangers for the American security now, were the spread of nuclear weapons, the terrorist actions of radical Islamists, and later the rise of political rivals such as China of Russia.

For the Bill Clinton Administration the United States was an “indispensable nation”. The American foreign policy during Clinton’s reign at the White House focused around two major foreign policy objectives:

- The creation of a more stable and peaceful international system ;

- The dissemination of democratic values abroad through the spread of globalization, believing in the idea that national rivalries could be appeased through global institutionalized cooperation.

Through bilateral negotiations with Russia, the Clinton administration successfully signed in 1993 the START II Treaty, followed one year later by the Mutual Detargeting Treaty. The US also obtained a Ukrainian commitment to the Nonproliferation Treaty as a nonmember state in return for enhanced economic assistance.

The Clinton Administration also tried, however unsuccessfully, to persuade North Korea to give up its nuclear arsenal. In 1998, America launched the military operation “Desert Fox” against Iraq, due to the fact that Saddam Hussein was violating the UN SC resolutions. In regards to Iran, another country linked to the development of nuclear weapons, and also considered a “state sponsor of terrorism” Clinton adopted the strategy of economic sanctions. 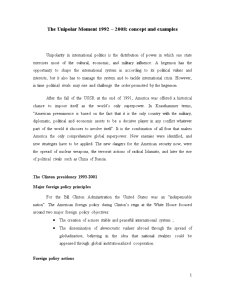 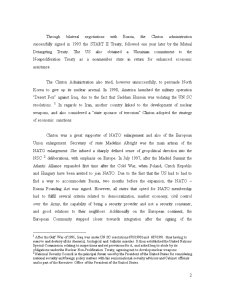 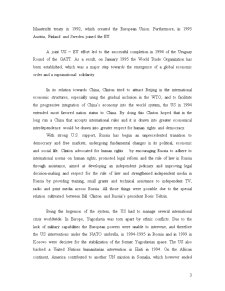 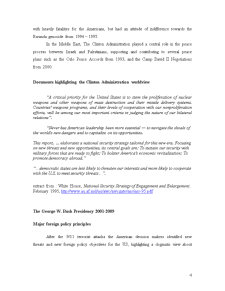 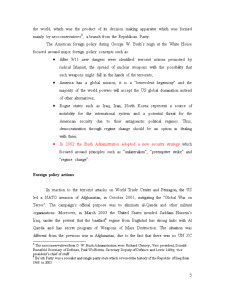 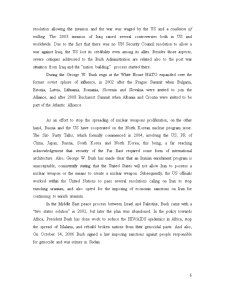 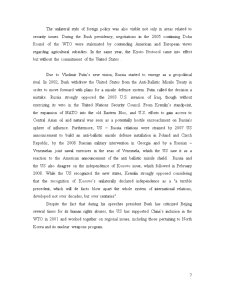 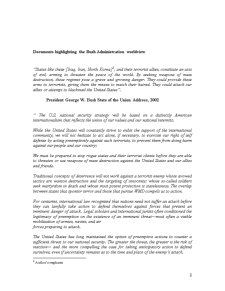 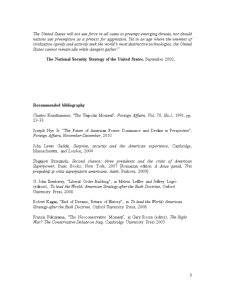